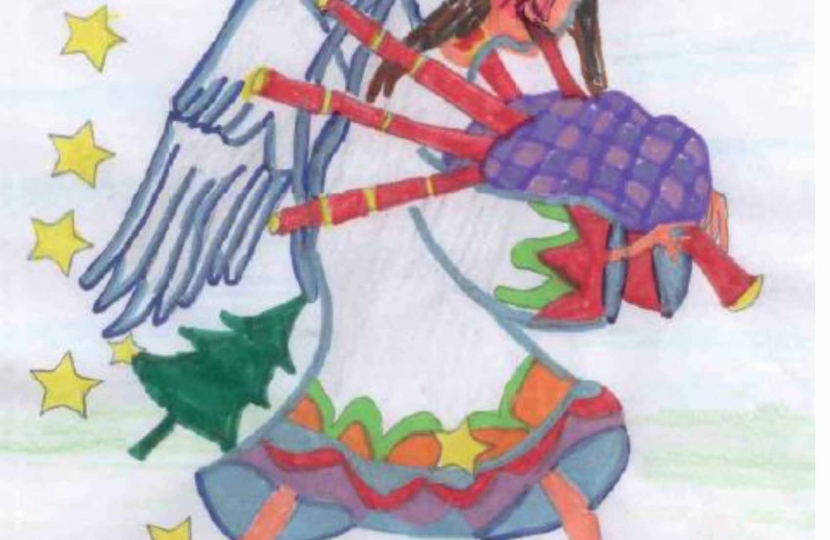 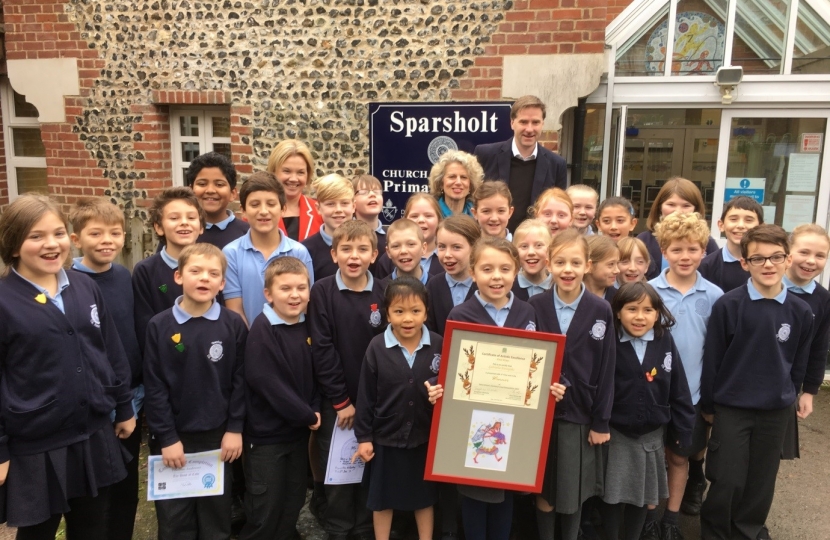 The 8 year old is following in the footsteps of previous winners Daisy Conway, Eleanor Ring, Liam Skeat and Ellis Gauntlett Boak, and won first place with painting of the Angel Gabriel celebrating the 'spirit of Christmas'. Gabrielle, who also won the Year Four prize, now wins a family ticket for this year's Jack & the Beanstalk pantomime courtesy of Theatre Royal Winchester.

Catch-up on full details from this year's competition here.

Sponsors for 2015 are once again Theatre Royal, Winchester and Marwell Zoo - many thanks to both of them!

You can view Gabrielle's winning design above and see her receiving prize, alongside her classmates, at Sparsholt Primary School in December 2015.