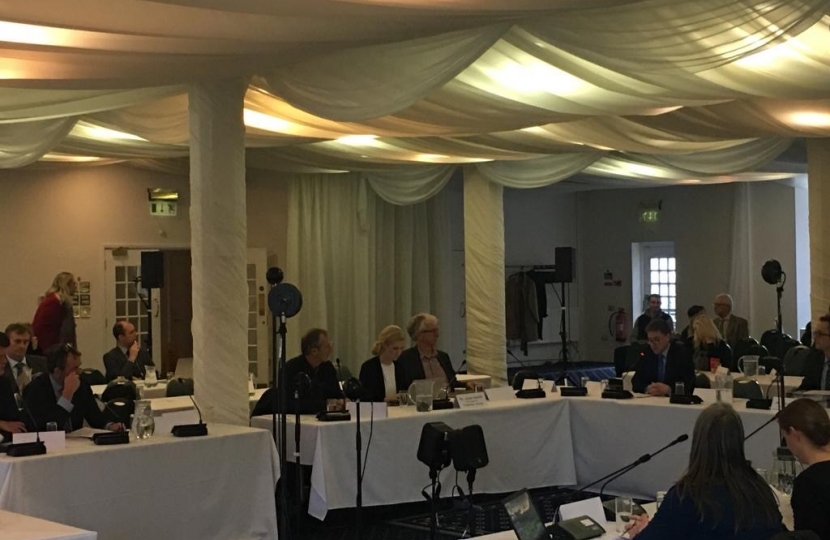 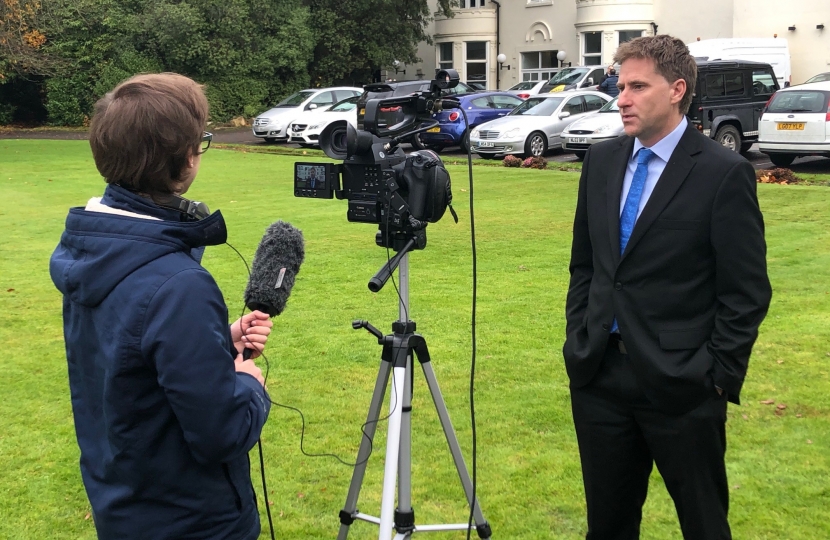 Steve Brine gave evidence this morning to a special inquiry looking at the future of Eastleigh's Local Plan.

The Liberal run authority has been without a plan for years meaning it has no organised way to protect the Borough from over-development or make provision for ordered development affecting the lives of thousands of local people.

Now, the draft Local Plan incorporating a proposed SGO (strategic growth option) - known as Options B&C - plan some 5,300 houses on the northern edge border of Winchester and Eastleigh, threatening a changed way of life for communities represented by Steve in Colden Common, Twyford, Hursley, Otterbourne and Shawford for almost a decade.

An Examination in Public (EiP) is taking place into the draft plan, held at the Botleigh Grange Hotel in Eastleigh.

Steve Brine has worked for many years alongside campaign group ADD, and other local MPs, to resist the plan. He says; "Today was a chance to address the inquiry directly and give a voice to the thousands of my constituents who, while hugely impacted by this SGO if it went ahead, have no say over it because they live in the Winchester City Council and as such don't get the chance to elect councillors in the Eastleigh Borough.

"We are very worried about that 'democratic deficit' but also traffic chaos in the villages I represent as well as the environmental impact on many fronts. There is no question in my mind, and many of those I speak on behalf of, that this plan with its disastrous options B&C should be thrown out."

Pictured; Steve giving his evidence to the inquiry and speaking with a local reporter afterwards.