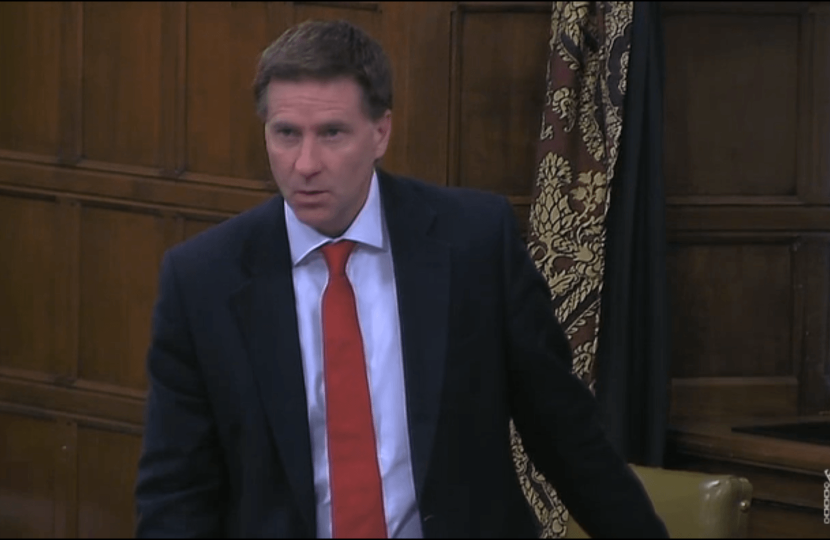 The Winchester & Chandler’s Ford MP raised the concerns of senior doctors and consultants, who live and work in his constituency and focused on the impact the issue is having on patient care.

The debate was opened by MP for Poole, Sir Robert Syms, who has been working with Steve on the issue of tax treatment of NHS pensions.

Sir Robert, at the start of the session, said:  “The subject has devastating implications for the NHS, dental services and many other services in this country unless it is addressed by the Government. When the coalition Government came into office in 2010-11, they were quite right to reduce the amount of money that could be put into pension funds. At that time, someone could put £255,000 into a pension fund tax free; clearly, if they had such resources, it was unfair on the lower paid. The Government moved to reduce the tax leakage by reducing a number of the allowances.

“The problem today is that the Government have drawn the allowances too tight, and in 2015-16 they also introduced a taper to the annual allowance. All that is having a pernicious effect on the NHS and creating what the British Medical Association has called a “perfect storm”.

The debate heard from a range of speakers, including Alex Chalk, Paul Masterton, Ruth Jones and Paul Sweeney, and discussed what actions HM Treasury could take to lessen the impact on the tax bills of senior NHS staff and their pensions.

Steve Brine told the House that senior staff were effectively having to pay more in tax than they were earning, if they did extra work.

He said: “One consultant set the scene very clearly. He told me that the issue here is the Annual Allowance pension tax taper, and I’ll come back to that, and the inflexibility of the NHS pension, which is landing consultants with huge tax bills for doing extra work on top of their contracted hours.

“not least as a former Health Minister myself, I agree that this extra work keeps the NHS running in the face of ever increasing demand.  I was told that in certain circumstances, the marginal tax rate on earnings for this extra work is greater than 100%, which means that senior doctors working in my hospital are effectively having to pay to do extra work.

He added; "I have no doubt that the changes were introduced in good faith. They are aimed at the top-rate earners, which the Gentleman from Poole said, but this has in practice had a damaging effect on our key people in the NHS, and if it is not sorted quickly we will see this escalate further, and it will be harder and harder to retrieve the position.

Echoing an earlier call, during an Urgent Question in the Commons on the future NHS People Plan, Mr Brine called on Ministers to work together to grip the issue fast.

Pictured/watch; a short-film from the debate and Steve on his feet.

Watch the debate in full