MP goes back to the start with Amazon Commons debate 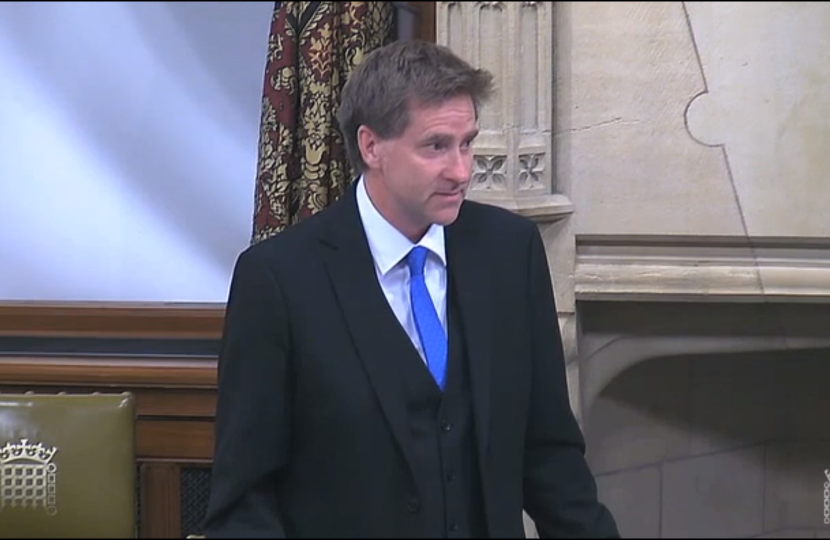 Steve Brine took it back to the beginning on Monday 7th October as he took part in a Commons debate on Amazon deforestation.

The Winchester & Chandler’s Ford MP told the House that this is the issue that got him to Parliament and opened his eyes as a schoolboy. He said: “I remember seeing it on television and protesting at the television about it, and my parents saying it was no good telling them—that I should tell someone else and do something about it. That opened my eyes to becoming an activist, and led me to a lifetime of activism. It got me to join Friends of the Earth when I was a young man and ultimately to pursue a career in politics.”

He went on to highlight how the House of Commons Library reported that Brazil lost almost 55 million hectares of tree cover at a rate of 5.7 soccer fields per minute, with more than 84% of this loss occurring in the Amazon, which is an area bigger than Norway.

He also added that while 50 companies have endorsed the soy moratorium covering 90% of the soy trade in the Brazilian Amazon, trends in the slowing of forest loss have been reversed in recent years. He said: “In the period after 2012, deforestation has again increased, no doubt generating more young boys and ​girls shouting at the television or outside in Westminster today. The reversal of the trend for the slowing of forest loss has been particularly acute this year, and that is what worries us all so much.”

The former Public Health Minister also said that while the Amazon was the world’s ‘largest medicine cabinet’, he stressed we must look for what else is out there, as well as focussing on prevention.

Finishing by saying it was important to work with Brazil on the issue, he added: “Forty years on from the time I described earlier, we are still having the conversation. If we are still having it after another 40 years it will not be a problem but a bit of history—gone for ever.”

Ever since Steve was adopted as the candidate for Winchester in 2007, he has campaigned relentlessly under the Green Winchester umbrella on many issues. You can find more below.