No to Micheldever New Town! 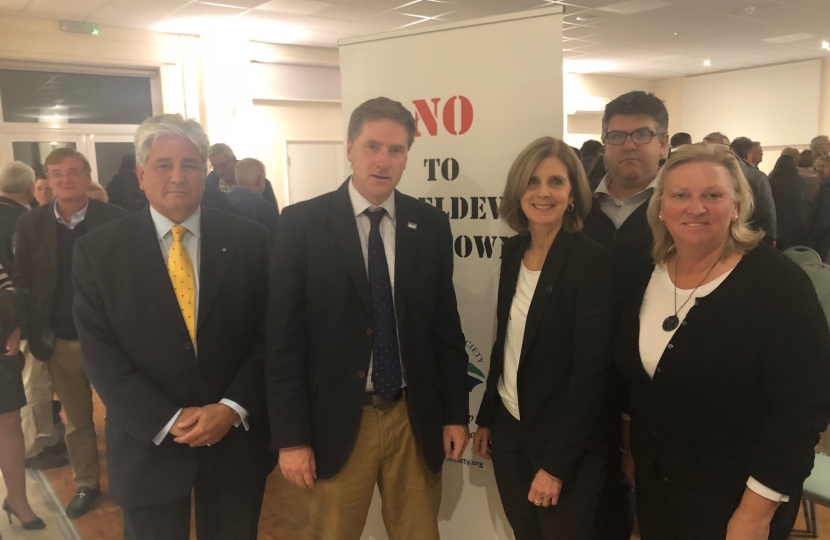 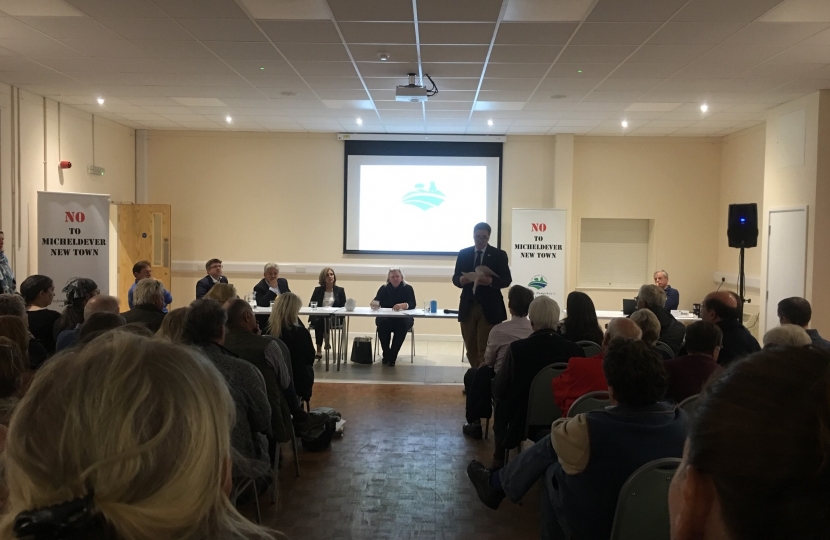 It was standing room only at Warren Hall last night, as a crowd spilling out of the doors heard of opposition from Steve Brine MP and the Dever Society to 6000 proposed houses at Micheldever Station.

The multi-millionaire Magnier family, who run an Irish bloodstock business, recently bought the land and hired the O’Flynn Group to work up proposals for a new town the size of Petersfield between Micheldever and Micheldever Station.

Steve Brine, who has worked with the Dever Society for well over a decade to save this land, told the meeting he was ‘angry’ this time, and how he had been on ITV Meridian earlier that evening to ask how many times we have to say no.

He explained that Winchester City Council has a robust, and fully signed-off, Local Plan, and is “more than doing its bit” to address the housing challenges the country faces.

He also highlighted the importance of Winchester City Council following “to the letter” the legal processes they need to go through, and Leader of WCC Cllr Caroline Horrill, addressed the meeting to explain how the process works.

Speaking afterwards, Steve Brine said: “These proposals are pretty thin in terms of what we know but they are worthy successors to what’s been tried before in that they want to make a killing by killing this rural community.

“This is still an important ‘green gap’ between Winchester and Basingstoke, and Micheldever Station is still the wrong place for a new town of 6000 houses.

“My message to the Magnier family is by all means put in for this, but you will be met with the same well-organised, united and determined opposition as last time, and the time before that.”