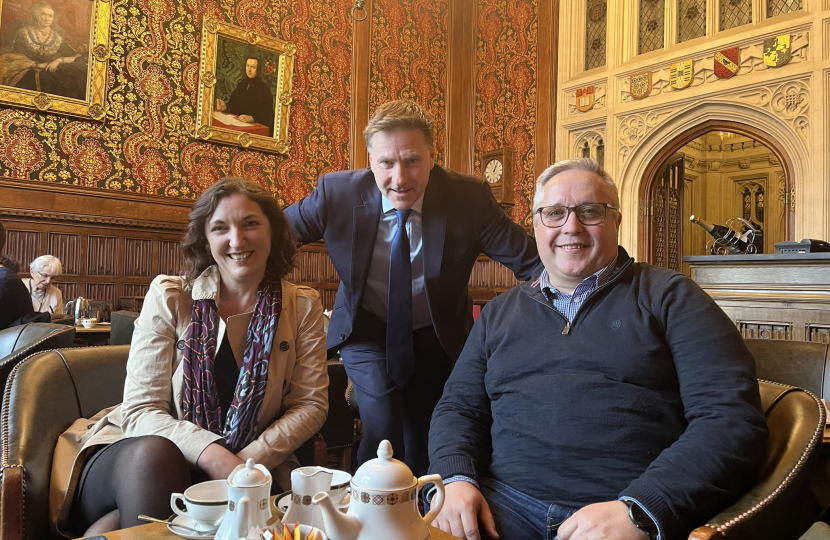 Steve Brine’s long-running PMQs ballot has kicked off for 2023 with the first winners of the year travelling to the House of Commons to watch the first session of the year.

After returning late last year, following a short break due to covid, Steve has been inundated with entries from constituents all looking for a chance to head up to Westminster and see the action live.

Members of Parliament each month have the opportunity of securing two tickets to a session of Prime Minister’s Questions, the flagship debate each week, and Winchester and Chandler’s Ford’s MP was successful this month.

On Wednesday 11th January, Gerald Williams & Moira Windsor-Morris got the chance to head to the seat of Government in our country and watch the debate live from the gallery, as well as having the opportunity to have tea with Steve afterwards whilst taking in the atmosphere and buzz of Parliament on the busiest day of the week.

Steve has already run his ballot of February and March with four more lucky constituents securing tickets to the PMQs.

To ensure absolute fairness Steve holds a ballot of all interested constituents at least two weeks before the date in question, to register your interest and secure a chance of attending future sessions, email Steve Brine MP at steve.brine.mp@parliament.uk with your full address.

Steve says; “It was so lovely to have Gerald and Moira in Westminster as my latest winners of my popular ballot. It’s such a special opportunity to share with constituents and I would seriously urge anyone interested to get in touch and register for next time.”

More information can be found at www.stevebrine.com/PMQs

Pictured; Steve Brine with Gerald and Moira in the Pugin Room at the House of Commons.