A31 lorry facility to be closed early 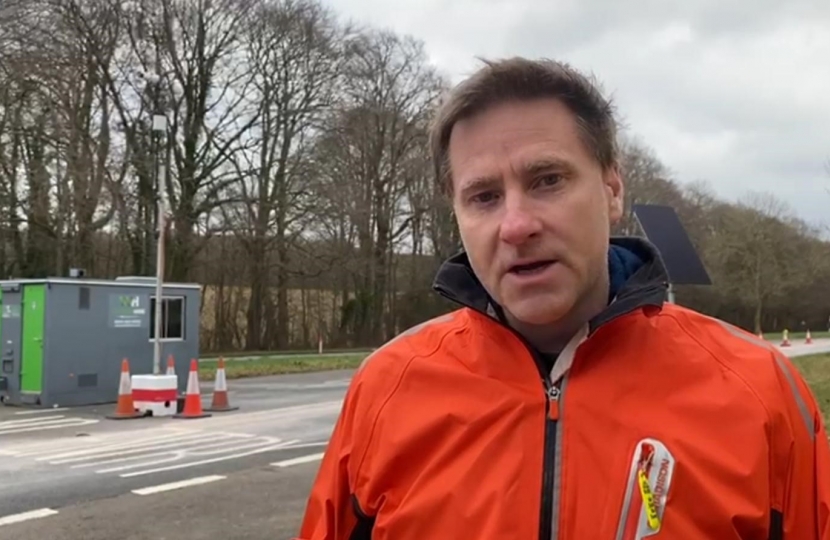 Steve Brine has been keeping very close tabs on the A31 lorry facility since the turn of the year when EU bound freight faced additional checks before crossing the channel via Portsmouth.

He has constantly challenged the number of vehicle movements through the road, which has been turned into a single carriageway from Alresford to Morn Hill, to see if restrictions can be lifted early.

This morning, the Hampshire LRF (Local Resilience Forum) has written to hauliers making clear its intent to downscale Operation Transmission.

It says; "Signage on the M3 and other roads will no longer be visible from the 18 February and we will no longer be requiring lorries to go via our checking site on the A31. The A31 site will then be partially-decommissioned in the week commencing 22 February, with the barriers removed and traffic returning to using both sides of the A31. We will keep the other site at Tipner, Portsmouth, on standby to allow some continued mitigation."

There are three key reasons for the change:

Steve Brine said; “I’ve been watching this like a hawk since the turn of the year and continually pressing Hampshire and the Port to justify the continued presence of such large-scale disruption on the A31. The facts speak for themselves and, while they will confound some possibly expecting the worst, the truth is we haven’t seen carnage at the border and this facility has been often unused. It is therefore the right decision to remove much of the infrastructure and the contraflow ahead of time.”

Watch Steve report from the A31 last weekend