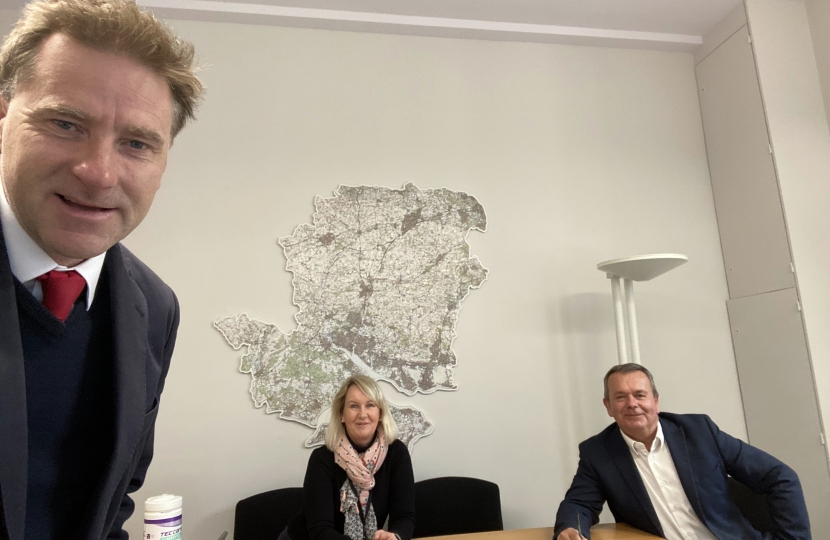 Just days after joining concerned parents on the school run to the new Barton Farm Academy, Steve Brine took their concerns to the man in charge of Hampshire's roads.

The Winchester MP met with HCC Transport boss, Cllr Rob Humby, at his offices in Winchester.

A group of local mums have enlisted Steve's help with a new safe crossing point on Andover Road and the MP met them on-site to see first-hand the dangers they face when attempting to navigate the busy road near the Halls Farm footpath.

Steve says; "I promised we'd move fast on this so it was great to take the concerns of parents directly to HCC’s Executive Member for Transport.  This is not going to be an easy win given two crossing nearby at the north and south end of the new Barton Farm development but we have to press the case because this is a busy crossing spot and, the key point is, it will get much more busy in comng years as the new school fills up."

Mr Brine was joined at the meeting by County Councillor, Jan Warwick, who represents residents living in Weeke and Harestock.