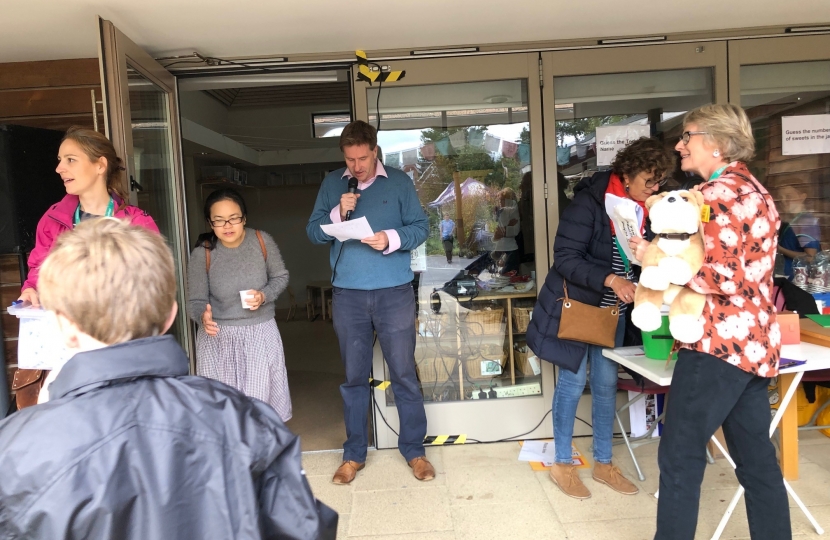 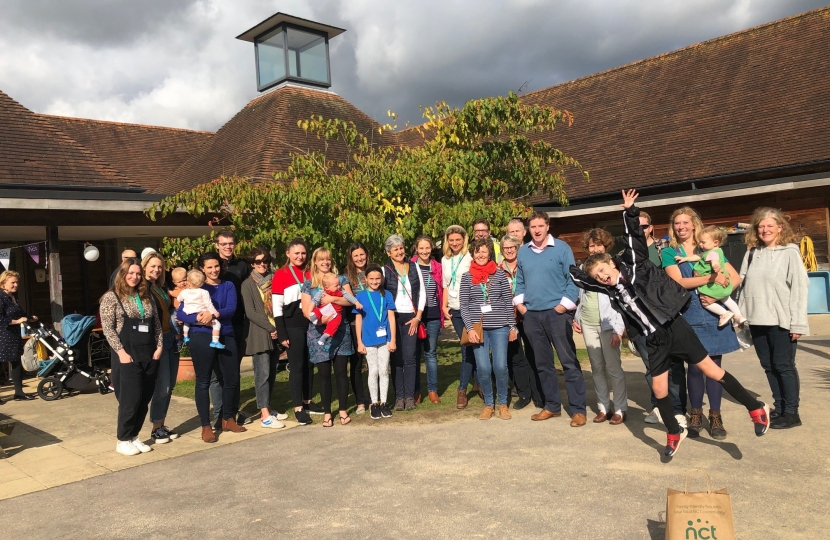 The service, which Steve and his wife Susie used when they first had children, is a lifeline to many local parents and operates from the Lanterns Centre in the Bereweeke part of the city. The charity has held this fun-day, as a key fundraiser, for many years and Steve - joined by his children - dropped by the support the effort.

They drew the raffle and announced the winners of the silent auction and spent time chatting with local parents and stall-holders.

Steve says; "I have supported the local NCT, and BABIES in particular, for years and at every one of these fun-days at Lanterns. Our kids may be a little older now but we will never forget the support we were given and I know there are thousands of my constituents who feel the same. We also want to ensure the service is there for generations to come and babies yet to born.

"Well done to Natalia Ciapryna and all the team for putting on another great event. I hope they raised lots of money."

Steve, who was until recently the Public Health Minister, has also been an outspoken supporter of the NCT #HiddenHalf campaign which seeks to introduce better six week postnatal check-ups so that all new mothers with a mental health problem can access the treatment available.

Pictured; Steve on the mic and with many members of the team (spot the photo bomber!)