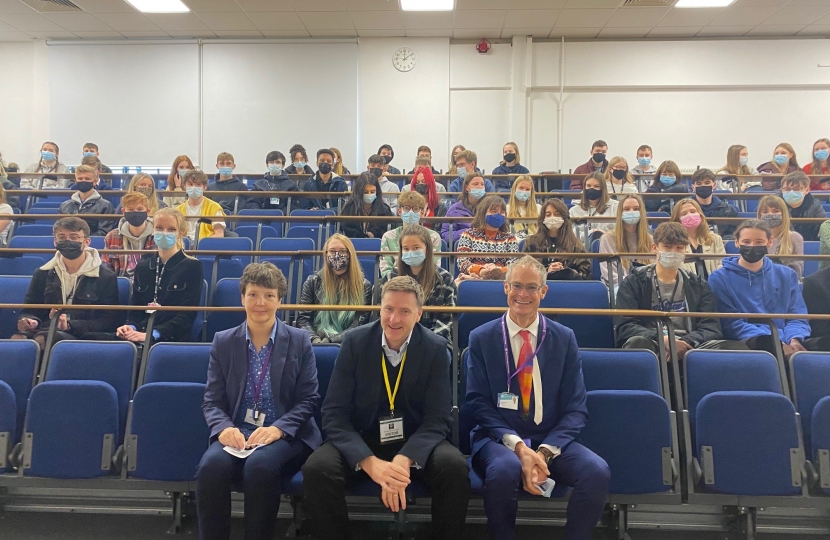 The politics students received an MP’s view of Parliament as Mr Brine took the classes through electoral systems, covering the pros and cons of First Past the Post and proportional representation systems.

Steve broke the ice with a, now famous, picture quiz of faces of Parliament to test the pupil’s knowledge of the current political landscape.

Speaking afterwards, Steve said; “It was a pleasure to spend some time teaching the politics students at Barton Peveril. Many thanks to Principal Jonathan Prest and the students for letting me take their lesson.”

The MP also had the time to sit down with students who had attended secondary schools from his constituency as they discussed a number of subjects including; voting amongst young people, university tuition fees and green issues.

During the visit, Mr Brine caught up with Jonathan Prest to hear about Barton Peveril’s funding success as they received £4m in the Post-16 Capacity Fund.