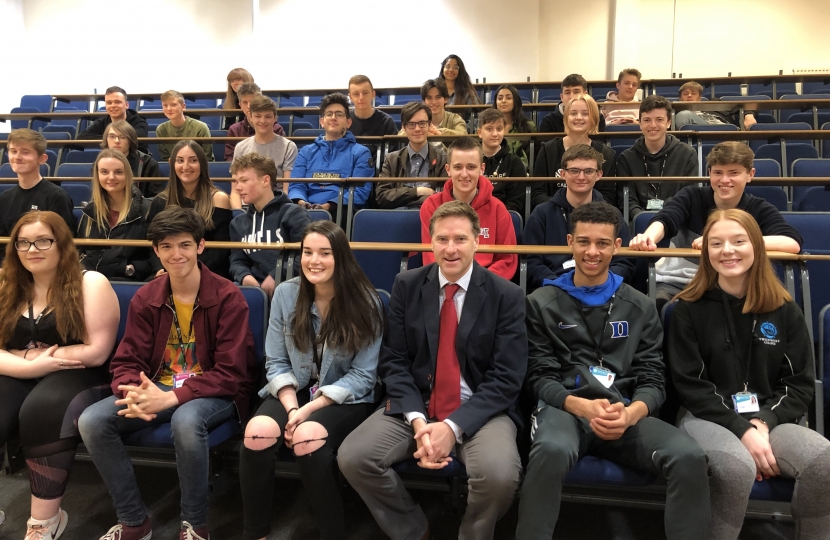 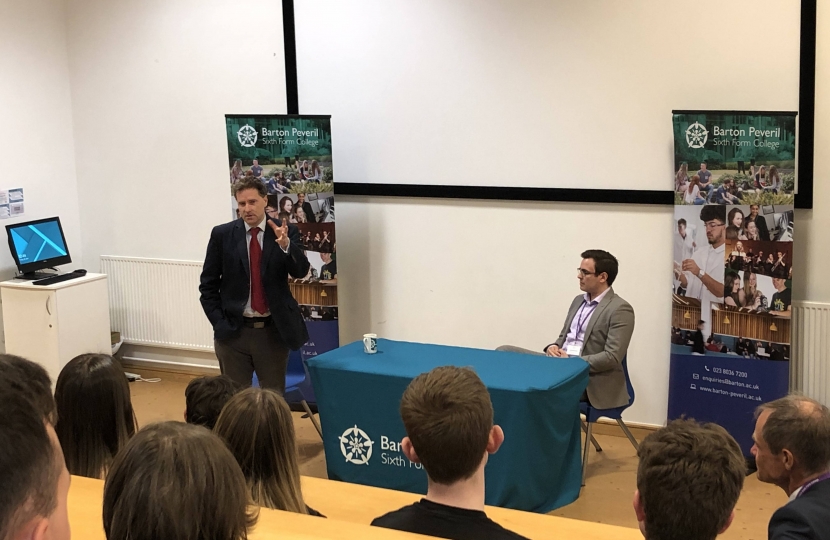 Steve Brine MP met with Barton Peveril Principal Jonathan Prest, before holding a question and answer session with some of the College’s Politics students. A range of topics were discussed during the session, with the Winchester and Chandler’s Ford MP giving students an insight into life both as a backbencher and as Public Health Minister.

Speaking on his visit, Steve Brine MP said: “The long-standing Principal at Barton Peveril, Jonathan Prest, is an inspiration and shows the benefit of long-term strength in leadership. It’s been a few years since I last visited and was hugely impressed with the college estate, which is such high quality, the atmosphere on campus and the way the students had thought in advance about our session and what they wanted to discuss with me. My visit was also a useful chance to catch-up on the funding challenge facing sixth form colleges as I step up the way I am supporting the sector in Parliament.”

“336 Barton Peveril students are in Steve Brine's constituency and it was great that he was keen to take the time to meet some of them. Steve took a wide range of questions from students and impressed all of us with his open and direct responses - no dodging the difficult questions for him! Steve showed once again that he is a committed supporter of sixth form colleges and the "Raise the Rate" campaign, arguing for more funding to be provided for sixth form students as part of the next comprehensive spending review.”

“I really liked how honest Steve Brine MP was and how he could be open with us, to give a more accurate view of Parliament and life as an MP.”