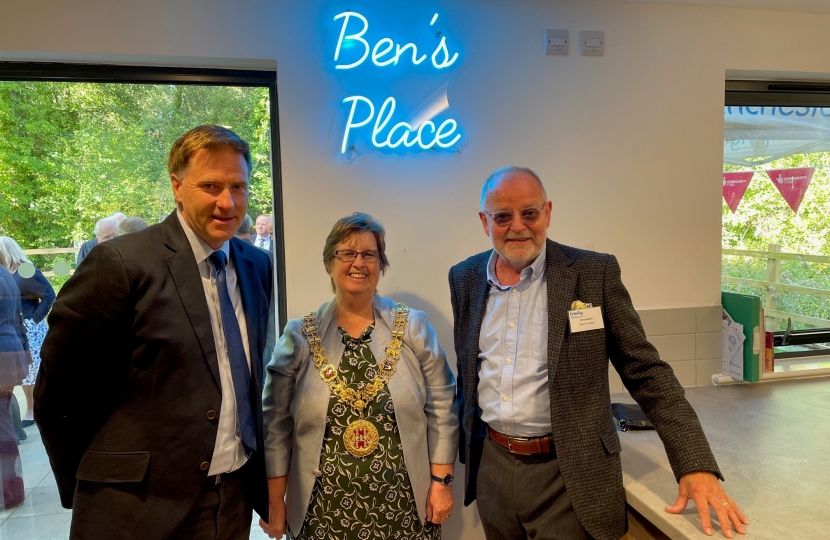 Local MP, Steve Brine, joined a number of guests, including the Mayor of Winchester and Lord Lieutenant of Hampshire, for the much awaited opening of Trinity's Bradbury View.

The Bradbury View comprises of 12 ‘flatlets’ for people who are rough-sleeping repeatedly. Residents will be living in a comfortable and safe surrounding within a therapeutic setting, with lovely views and nature all around. Whilst they are there, there will be a variety of things to take part in that we hope they will enjoy and embrace.

Steve helped launch the project with the then Mayor, Cllr Patrick Cunningham, in October 2020 and since has brought the former Secretary of State for Housing, Communities and Local Government, Robert Jenrick in June.

Steve Brine said “Trinity has a very special place in my heart and I have visited many times as this idea was conceived, built and opened.

“The gift from Ben’s parents via the army trust made this happen and it was extremely moving to hear Ben’s story from his Dad at today’s opening.”

Pictured; Steve Brine MP with the Mayor of Winchester and Peter North of Trinity.