Cleaning up our air 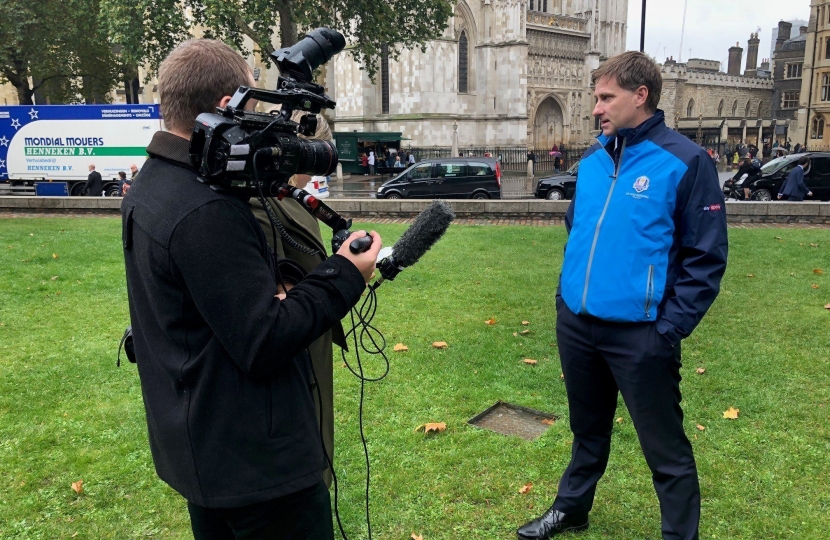 Steve Brine and Cllr Jan Warwick have welcomed news that Environment Secretary Michael Gove has launched an ambitious new strategy to clean up our air and save lives.

The UK will set an ambitious, long-term target to reduce people’s exposure to particulate matter (PM), which the World Health Organization has identified as the most damaging pollutant. To inform development of this new target, the government will publish evidence early this year on what action would be needed to meet WHO guidelines.

Following a recent increase in popularity, domestic burning on stoves and open fires is now the single biggest source of particulate matter emissions which is why as part of the new strategy the Government will introduce new legislation to prohibit the sale of the most polluting fuels, and ensure that only the cleanest stoves are available for sale by 2022.

In addition, Ministers will continue to explore how they can give local authorities powers to increase the rate of upgrades of inefficient and polluting heating appliances, and bring existing smoke control legislation up to date, and make it easier to enforce.

Steve Brine said: “Not only as an MP, but also as the Public Health Minister, it is clear that by taking action on air pollution, we can help people live well for longer and support our NHS Long Term Plan, which has a greater focus on prevention which I maintain is key.

“The revised damage costs for air pollutants show that the cost to society of air pollution per tonne of emissions is greater than previously thought for some pollutants.

“Clean air should be a basic right for us all – yet the biggest environmental cause of death is air pollution. Today’s Clean Air Strategy focuses on protecting our health in the future, supporting our NHS Long Term Plan and extra £20.5 billion investment.”