Commuters “at the end of their tether” over SWR delays 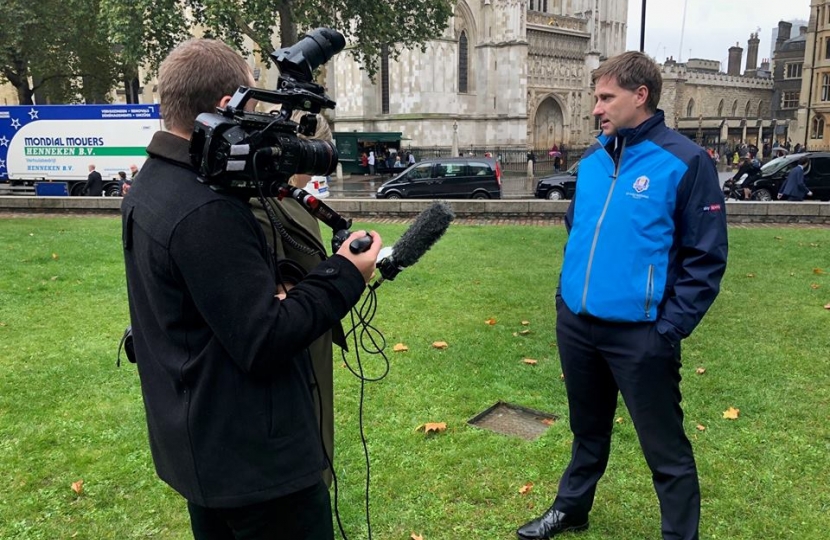 Steve Brine has this morning slammed the rail chaos affecting our area as ‘totally unacceptable’ after commuters on South Western Railway were told not to travel after engineering works overran.

No SWR trains were running this morning between Surbiton and London Waterloo, and the rail operator said services across its entire network may be cancelled, delayed or revised all day after work due to finish at 04:30 GMT was delayed.

As normally packed rush hour trains were cancelled, Steve Brine said; “This is totally unacceptable. The travelling public have had a miserable few months and I can say, both as a commuter and a local MP, we are absolutely at the end of our tether.

“It is not acceptable to say don’t travel, people make plans, they have jobs and they need to get on with their lives. I will be speaking to the Secretary of State for Transport as soon as (and if) I can get to London this morning.

“Network Rail and SWR need to get together and deliver on the promises SWR made to my constituents when they won the franchise 16 months ago. We need them to get a grip and work together, acting on the recently published Holden Review would be a good place to start. Overrunning engineering works seems to be the least of their problems right now but they need to eliminate these failures.

“I have written to SWR and NR this morning asking for a full explanation and an apology on my desk by the end of the day which I will be publishing for my constituents to read.”