First steps as government seed funding for RHCH comes through 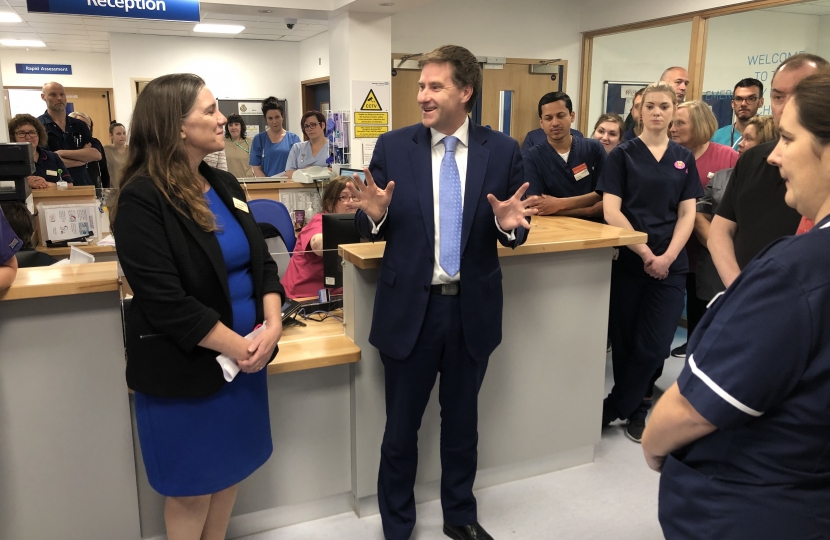 Our local health Trust has now received confirmation of guidelines and initial seed funding to support the rebuild of RHCH, and has announced plans to bring together a team to begin the work.

It is also asking members of the public for their priorities on local healthcare via a survey (see link below) that is open to all until 18th March 2020.

In September 2019, the government announced new funding for the NHS in the form of the Health Infrastructure Plan (HIP). This funding is designed to support 40 hospital building projects across the country and Hampshire Hospitals NHS Foundation Trust (HHFT), which runs RHCH and Basingstoke hospital, is one of those who have been selected for a new hospital between 2025 and 2030.

HHFT Chief Executive Alex Whitfield said: “Needless to say, this is fantastic news for all NHS, wider public and third sector organisations in our area – and for the community and patients we serve. Our hospitals, despite being much-loved and having done great service, were built many years ago and are now showing their age; a fact we are delighted central government has recognised.

“Since the announcement, we have been undertaking preliminary work with the government and our partners to work out the best way to take this project forward.

“The programme is at a very early stage, and lots of possibilities are now under consideration. Throughout the entire process – likely to run for at least a few years – we will be actively seeking to engage with local people, both to get their views and to take advantage of their knowledge.”

Winchester MP Steve Brine said: “This is fantastic news, and something I campaigned hard for within government. I know that RHCH are determined to engage as widely as possible – including charities, local government, social care, the NHS and the wider community– and will actively welcome any support or insights local people can offer towards that goal.”

Steve Brine, who has been Public Health Minister, has made the NHS his number one priority since he was first selected to stand for Parliament in 2006.