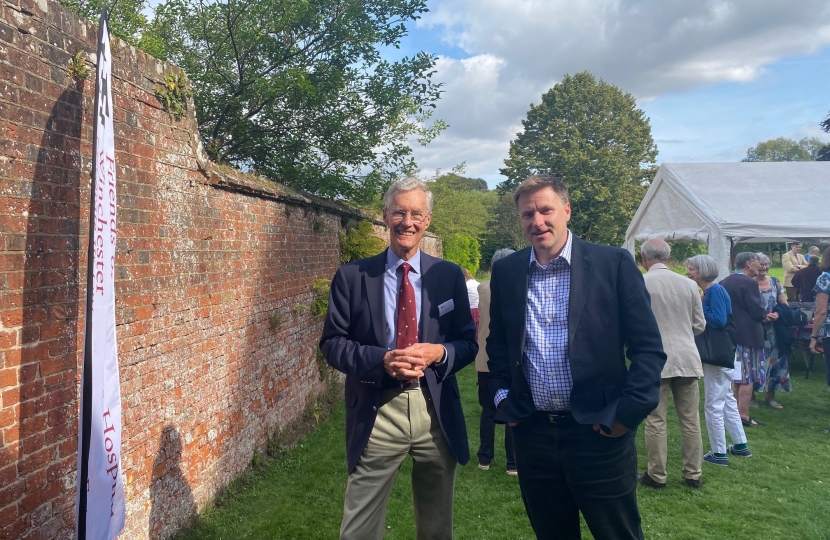 The Friends of St Cross Hospital have celebrated their 10th anniversary in style with afternoon tea held in the grounds their historic Hospital.

The Friends have raised some £141,000 during their first decade in operation, which has all gone towards supporting Winchester's historic hospice, originally founded in 1132.

Steve Brine, who attended the event with his daughter Emily, said afterwards; “I am proud to have been a ‘friend’ since the very start and so enjoyed this celebration. Well done to John Pringle and all the team for such a strong - and fun - charity were privileged to be a part of.”

Steve was joined at the event by Sky News' royal commentator, Alastair Bruce, who did the honours of cutting the cake as a patron the the Friends.