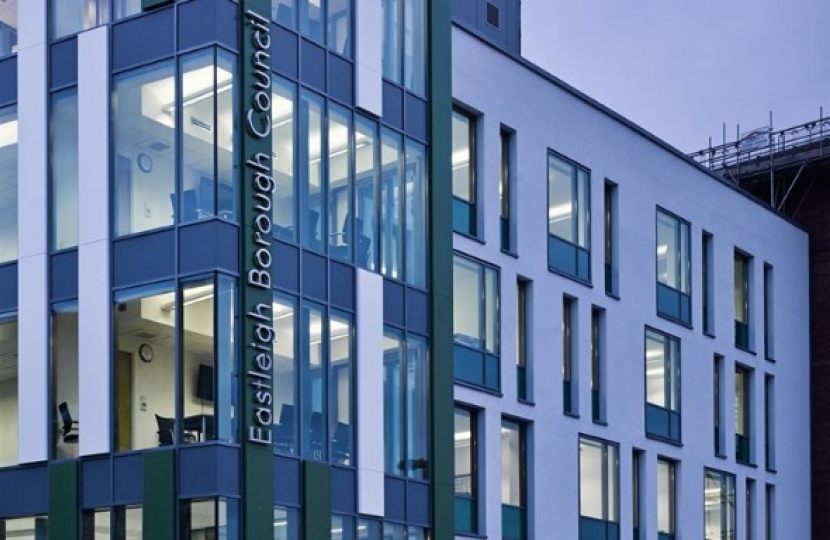 The Secretary of State for Communities and Local Government, Sajid Javid, has warned his Department could intervene on the failure of Eastleigh Borough Council to produce a Local Plan that has the support of the local community.

The move follows several warnings from the Secretary of State to Eastleigh Borough Council, including 12 months ago, when he recognised that without a Local Plan, people across Eastleigh, Chandler's Ford and Hiltingbury did not have the certainty they needed.

Chandler's Ford MP Steve Brine said: "Many times we have warned Eastleigh Borough Council that my constituents have no faith in them to produce a sound Local Plan. Today the Government agreed. What a total debacle."

"This has had a direct impact upon our local area, its infrastructure, and therefore upon the lives of my constituents. Instead of benefitting from a clearly set-out plan which sets out where development can, and cannot take place, based upon the views of local residents, we instead have witnessed the onslaught of approval of speculative applications time and time again under the current administration at Eastleigh Borough Council."

"This Government is committed to decisions being made at the most local level, and has continued to give greater powers to communities and local councillors. Local Plans play an important role in that work, and it is right that those Councils that are not allowing their communities to benefit from that devolution of power must be taken to task."

The Leader of the Conservative Group at Eastleigh Borough Council, Judith Grajewski added: "Eastleigh Borough Council has failed in its duty as the local planning authority to make a Local Plan in a timely manner and failed to listen to local residents. I take no pleasure in seeing us move a step closer toward the responsibility for making a Plan taken away from the Council.

"However, the last Plan expired in 2011 and millions of pounds of taxpayers' money has been spent on failing to get a new Plan in place. This financial year alone, the Council has over spent by £1 million on the Local Plan. It seems right that the Secretary of State is now holding Eastleigh Borough Council to account."

Eastleigh Borough Council is among just 15 local planning authorities that have been written to by the Secretary of State, who has given those local authorities until the 31st January 2018 to outline any exceptional circumstances which, in their view, justifies their failure to produce a Local Plan under the Planning and Compulsory Purchase 2004 Act regime.