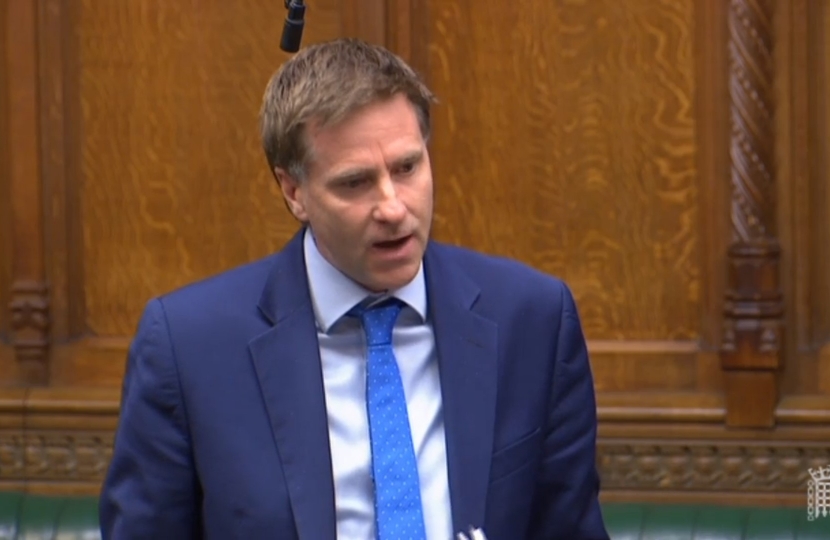 Steve Brine took part in a historic debate in the Commons on Wednesday 12th June as the government announced it was introducing new legislation today to reduce the UK’s greenhouse gas emissions to net zero by 2050. This new legislation makes the UK the first leading economy to enshrine this net zero emission into law.

Steve asked the Secretary of State for Business, Energy and Industrial Strategy, Greg Clark MP, about the role of local councils: “Can I ask, what role he sees local authorities playing in this new zero ambition, and what targets we, as this Parliament, might set them so they can match their words with action? Not everything – but things like retrofitting existing housing stock, protecting the national environment from developers, for instance. What targets can we set them?”

Additionally, Steve said earlier today: "Ambitious plans are needed to tackle climate change and today’s announcement has proven a commitment to exactly that. By enshrining this target into law, the Prime Minister has shown that UK can and will meet the challenges of climate change and be one of the first countries in the world to commit to play our part to limit global warming to 1.5°C.

"We should see today as a way of gaining something not giving it away. The opportunities, I called for a new Green Deal around retrofitting of existing housing recently, are huge and we need to grab them with both hands."