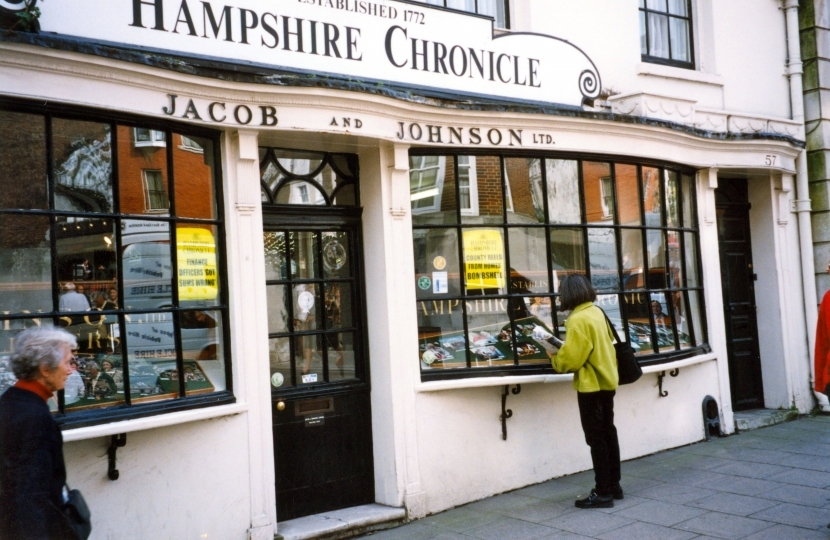 Energy was a hot topic of discussion when COP26 President Alok Sharma came to Winchester for my latest ASKtheMINISTER event.

There will, I suspect, be countless long-term implications from Russia’s illegal war in Ukraine but energy security for the West is right up there.

It also plays a central role in the road to net zero and many constituents, on the sidelines watching our lads play football or elsewhere when I am out and about, raise energy security with me as something on their mind. No wonder given the cost of living pressures we’re all feeling at this time.

My time in Parliament – and Government – has given me a valuable insight in the ‘trilema’ we face; between keeping the lights on, decarbonising and keeping bills down.

With the Russian invasion, world energy prices have shot up.  There is sharpened focus on the security of supply – and who we are happy to buy it from. Fortunately, we are in a much happier place than Germany but we must (and are) work with our European friends to move collectively against reliance on Moscow.

We need to look even more carefully at our current energy mix and how we can speed up the transition to more secure, sustainable, yet affordable, sources.

Yet despite the UK being a world leader in offshore wind and decarbonising our electricity supply, we also need to keep the lights on when the wind doesn’t blow and the sun doesn’t shine.

Of course we want a supply with the lowest carbon impact and that points towards the need for new nuclear to be part of the mix.

The government’s British Energy Security Strategy outlines how we will accelerate new wind, new nuclear, solar and hydrogen sources plus support the production of domestic oil and gas in the medium term.

The IPCC are clear some oil and gas is consistent with our carbon reduction aims and we’re using it anyway; only we’re paying Putin for the privilege.

The ambition of the new strategy is for around a quarter of our electricity to come from nuclear by 2030, with new projects centred around small modular reactors. This really is a sector where technology is our friend.

This new push will also increase our solar capacity and double the production of low carbon hydrogen by 2030.

Overall, a cleaner energy mix will move industry away from a reliance on fossil fuels as we agreed at COP26 in Glasgow.

As the young people at my Alok Sharma meeting showed however, they’re not interested in negative mindsets and tired thinking. They want solutions and they’re robustly sensible in how we get there.

Finally, a different but related issue on the subject of our environment.

There’s a lot of fake news being delivered into our area at the moment on the subject of water quality and storm overflows.

As I have said before, I am not interested in negative campaigning and credit my constituents with heaps of common sense.

So I have put together a new feature on my website which presents the facts on a complex subject that deserves to be taken seriously. Read and watch at stevebrine.com/factorfake-waterquality

Local MP, Steve Brine, paid a visit to one of the country's big energy firms based right here in the constituency.

He dropped in on Utilita which has its headquarters in Chandler's Ford on Friday May 6 2022.