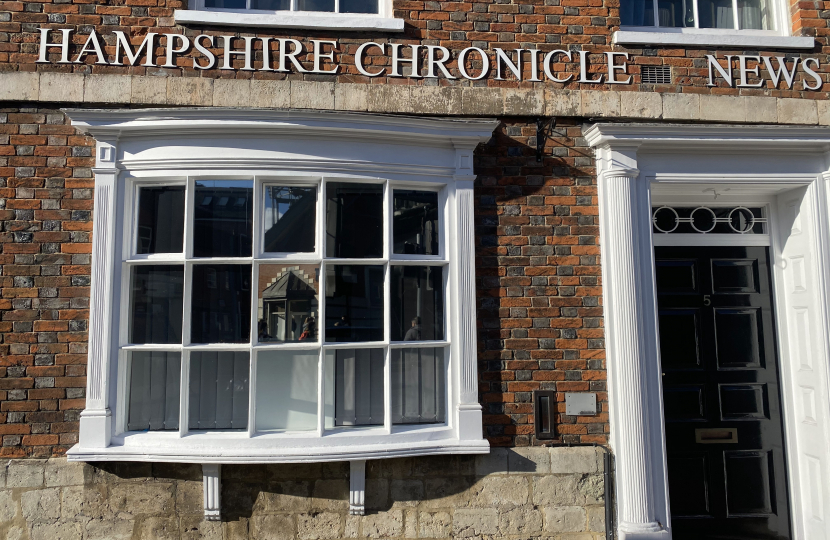 I hope you’ve had a nice Christmas and want to thank all constituents who worked over the holiday itself in our key public services.

There is no question, 2023 will have its’ moments but we’ve much to be grateful for and living in this beautiful part of England we know that more than most.

Parliament always has its’ moments but constituents will forgive me for hoping the next 12-months is a little more boring than the last.

As ever, I will be getting on with my job and whether it be around education, my ongoing Green Winchester work or my new role as Chair of the Health & Social Care Select Committee.

I will be doing some work in the early part of the new year on electric vehicles which seems pertinent given the Government’s ambition to end the sale of all petrol and diesel cars by the end of the decade. It’s an ambition I support but, right now, I am struggling to see how we get to 2030.

Matters arising centre around charging points, connection to the grid via home charging solar panels and, above all, the availability and cost of EV’s.

Turning to education, I was very pleased to see a positive response from the Chancellor in his Autumn Statement on school funding which received an uplift. But there are cost of living issues, national pay awards and the huge challenge of rising mental health issues, which are putting school budgets under significant pressure. The cost of school meals, as the cost of ingredients soar, is a little reported story but it’s one we cannot overlook as the synergy between eating (and learning) well is obvious.

As Ministers return to aspects within the Schools White Paper issues including academisation and special educational needs reform will come to the fore and I want to make sure the voice of Winchester is heard as always.

On health - which remains my priority in action not just words as it has been for more than fourteen years - those issues have never had higher profile.

The nursing and paramedic strikes will rumble on - and I don’t think Ministers should rip up the independent pay review process used by successive Government’s since 1984 - but post-pandemic our NHS looks more fragile than ever.

For all sorts of reasons, demand is outstripping supply. As the GMB Union told my Select Committee just before Christmas, demand for ambulances has risen ten times faster than resources.

In cancer care - and this is of course to be celebrated because early detection remains the magic key - presentations with suspected cancer are well up on last year.

In the year ahead, my Health Select Committee will look at how digitalisation can help our NHS, how integrated care can break down the silos and most importantly of all how we could do so much better when it comes to the prevention of ill health.

It’s easy to write leaflets (or anonymous letters) about the NHS, demand even more money and say it needs more staff but it’s more complicated than that.

We spend the fifth largest amount in the OECD on healthcare yet we certainly don’t achieve the fifth best outcomes.

Access, for so long the one thing on which the NHS outperforms its international competitors, is no longer the trump card as waiting lists ration care and demand makes primary care harder to reach in places.

As I said in Parliament recently, the NHS has poor prospects as a sustainable service if we don’t get serious about prevention.

Look out for a major piece of work on this in 2023. It will spark huge public interest and there will be plenty of opportunities for my constituents to be involved.