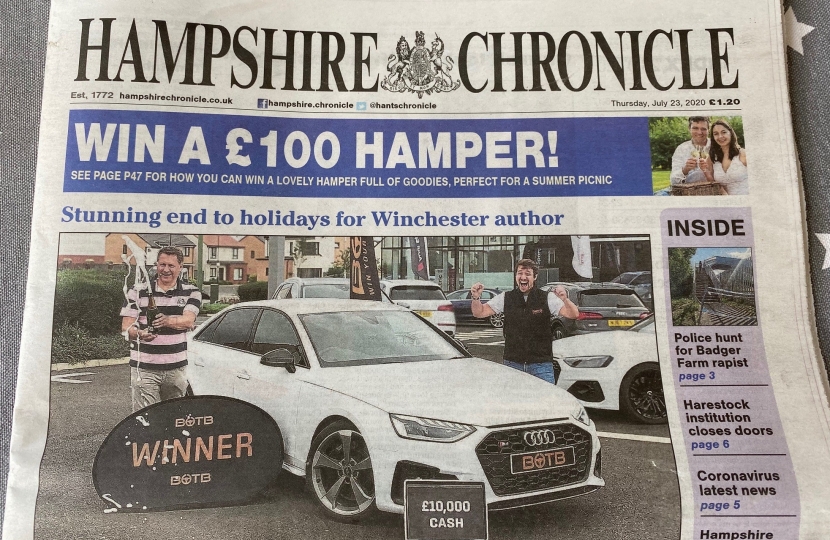 Let me expand on that; starting with three indisputable truths.

One; Hampshire Hospitals (which runs hospitals in Basingstoke and Winchester as well as a smaller community facility in Andover) are, along with other parts of the local NHS, in conversation with the public - and themselves - over the long-term future of primary, acute and community health services.

Two; the Trust have been struggling for some time to operate safe and sustainable acute hospital services across two sites. This has already led to a single stroke service (in Winchester), one cardiac service (in Basingstoke) and the bringing together of acute orthopaedics last year.

Three; by any measure, Basingstoke Hospital is in a terrible state and nearing the end of its natural life.

Not unreasonably therefore, the Trust say a new hospital will be the “centre-piece” of the Hampshire Together programme and that promises to bring the kind of investment seldom seen in our part of the county.

But, and this is my point, HHFT should be honest about the impact a new build hospital will have on the Royal Hampshire in Winchester.

It’s all very well saying nothing has been decided - and a detailed consultation on worked up plans will take place next year - but we need to know the consequence (intended or otherwise) of what’s decided now otherwise we’re being asked to complete a jigsaw where several pieces were never in the box.

I also question the timing of this exercise which will have ramifications on future NHS services for a generation or more. We are still emerging from a pandemic and, understandably, many of my constituents have more immediate concerns such as the future of their jobs.

The Trust have tried to engage us in discussions but it’s a fact this month’s big public sessions for residents needed a little help to get the attendance they did.

The Hampshire Together programme has been extended into August, which is welcome, but that makes little difference given it’s now holiday time and people are more than a little distracted. To make the sort of changes I suspect will flow from this exercise, at a time when the public are looking the other way, will not I would argue carry much legitimacy and I have said that in Parliament.

In recent weeks, thanks in part to this newspaper, public awareness of the process has risen but it needs to go further. Please look at the website and tell HHFT what matters to you in terms of local (ie; in Winchester) services or next time you look they may have changed.

I’ve represented this area for ten years and I have made it my business to understand the local NHS and support what is in our best interests in line with clinical advice. Politicians do not design health services and nor should they.

I’ve never met a constituent who doesn’t want to be taken to the right place, to get the right treatment, when they’re acutely unwell and we deserve services here that give us the best chance of recovery should illness strike.

Equally, we should be clear what services are actually at the RHCH now - and which ones haven’t been there for decades.

A District General Hospital, such as we have in Winchester, is a delicate eco-system and the services it has are highly dependent on each other. We should be extremely careful before changing that and, if we plan to do so, be crystal clear with residents what change looks like.