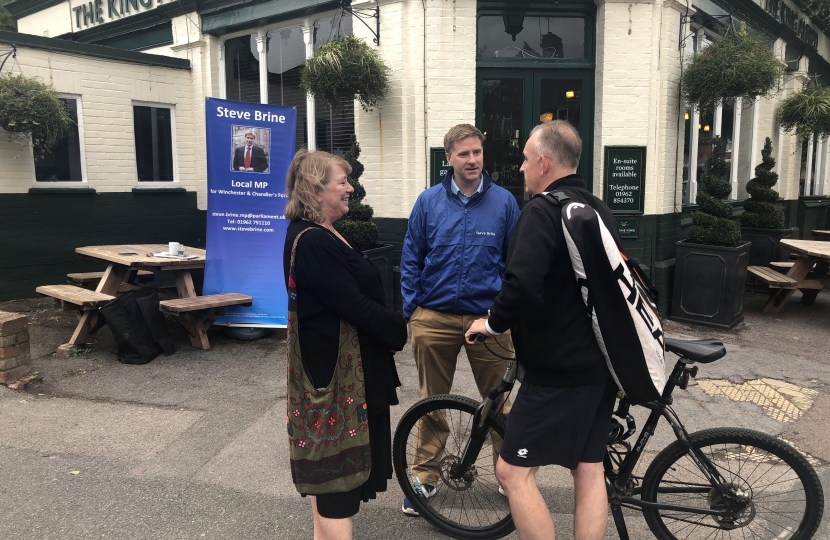 The King Alfred Pub in Hyde was the venue for a special Hyde street surgery this evening as Steve Brine's 2018 Summer Tour draws to a close.

The MP was joined by well-known local councillor, Rose Burns, for the event which gave residents the chance to come and discuss any local or national issues they wanted to raise.

Subjects ranging from traffic on Hyde Street to recycling and general practice were raised during the 90-minute session.

Steve Brine MP said; "Summer Tour has been a warm one this year but suffice to say it's cooled down a fair bit for the September closing leg this year. Storm 'Ali' was blowing us around a bit but we didn't mind and constituents certainly took the chance to come and chat with Rose and I about a range of issues. Thank you to everyone who came along, even if they were heading for an early evening pint in the Alfie."

Steve's Summer Tour this year has visited Otterbourne, Oliver's Battery, Chandler's Ford, Alresford and Winchester. It will return during Parliament's annual Summer recess in 2019 after the final event tomorrow in central Winchester.

If you missed Steve and Rose, you can complete a short survey here