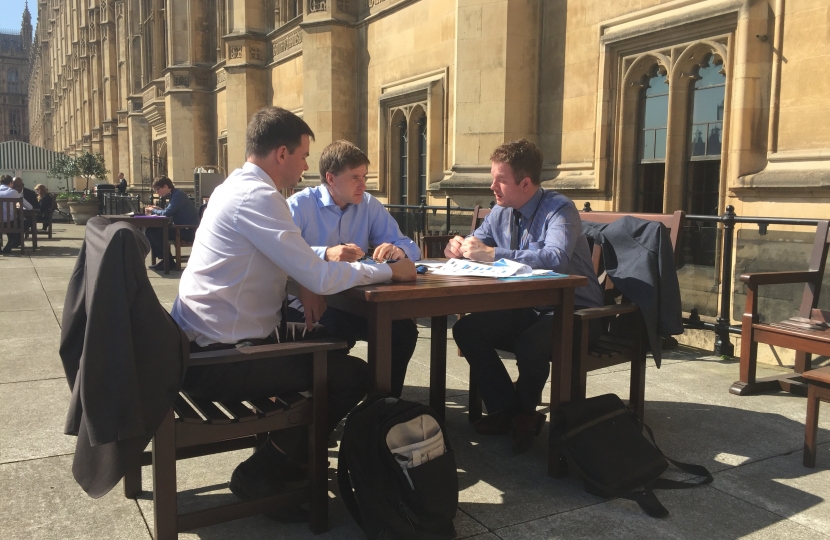 Steve Brine met with Highways England in Parliament on Wednesday 18th April as he continues to represent local views on the proposed scheme at Junction 9 of the M3.

The Winchester MP was briefed on the feedback gathered during the recent consultation. Highways England will shortly publish a report as stage two draws to a close ahead of the preferred route announcement which is expected in June.

Mr Brine was especially able to push for changes to be made around the A34/A33 crossover for motorists travelling from Easton Lane towards King's Worthy; fears about the safety of this manoeuvre were consistently raised by residents and local organisations during the consultation, including from Winchester City Council. Other subjects for discussion included the protection, and enhancement, of the NCN23 cycle route which passes through the junction and continued engagement with the South Downs National Park who have objected to the scheme.

Steve Brine MP said; "I have been clear for years that this scheme is badly needed but we need to keep on making the strategic case given the long gestation period and clear local as well as regional importance of getting this sorted.ã€€ The proposals are generally excellent and will give my constituents a very real benefit but we need change on the A34/A33 issue and I was pleased to discuss that in some detail. We all look forward to seeing the preferred route and, in due course next year, the development consent process get underway."

Pictured; Steve Brine at the House of Commons with Neil Andrew and Simon Hewett, Senior Project Managers from Highways England.