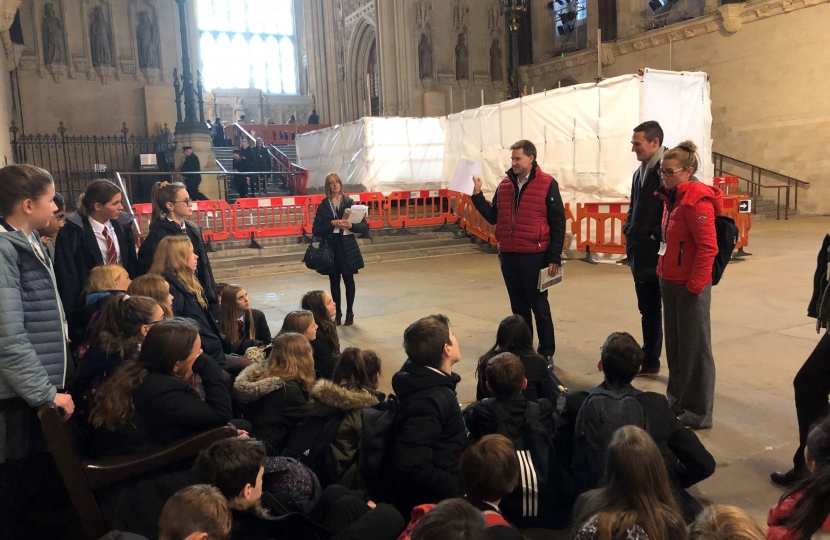 Steve Brine met up with Year 7 students from Kings’ school on Monday 26th November as they visited the Houses of Parliament.

The group took in the tour alongside a film shown by Parliament’s Education Service, before they met up with their MP for a chat.

Steve Brine said: “I was delighted to meet up with the group and thank them for making such an effort to come to London. This really is one of the best parts of my job and I hope they took a great deal from the experience.

“We had a good Q&A in Westminster Hall, where I was able to explain in answer to one youngster that Lords seats are red to represent royalty while we in the Commons sit on green seats. And I was able to explain why I was wearing a red jacket – it’s very cold in there at this time of year!

“Parliament runs a fantastic service for schools here so I do encourage teachers to get in touch if they would like to arrange an unforgettable day for their students.”