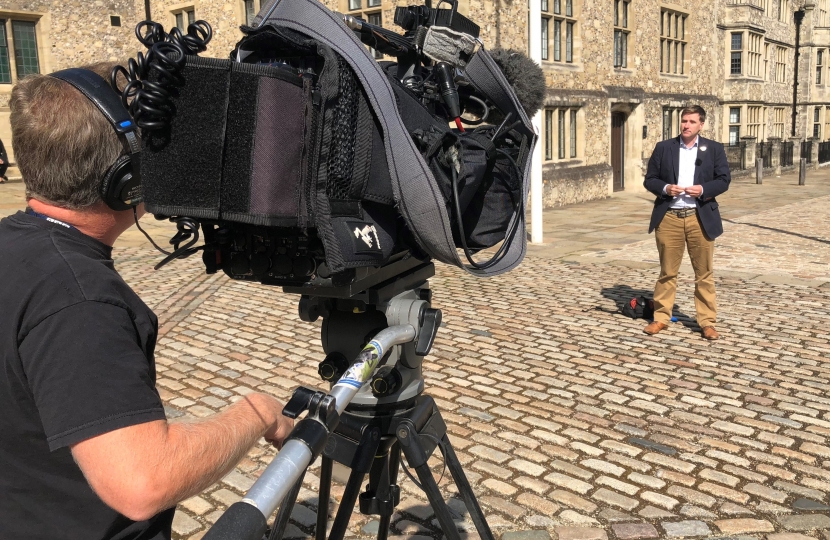 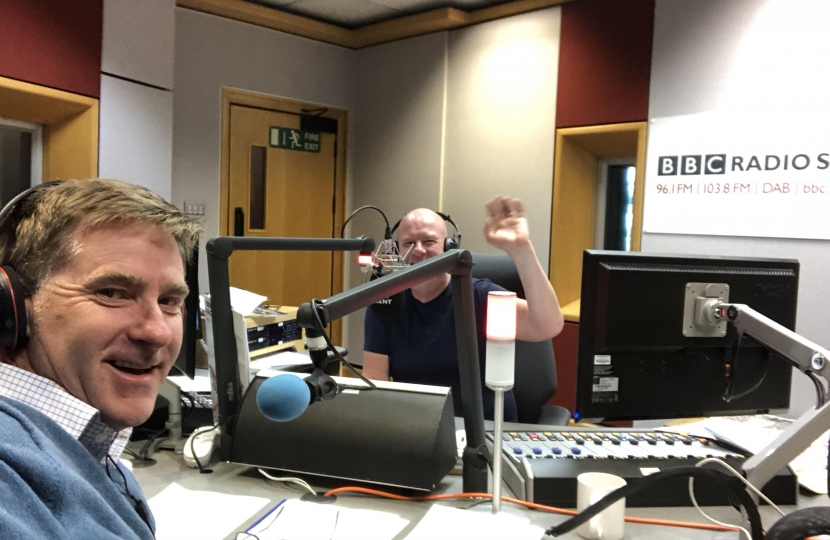 Selling energy drinks to children could be banned under new proposals announced by the Prime Minister and Winchester & Chandler's Ford MP, Steve Brine.

Mr Brine, who is the Public Health Minister, said Government will now consult on the intention to introduce legislation to end the sale of caffeine-laden, energy drinks to children by all retailers.

One 250ml can of energy drink contains around 80mg of caffeine – the equivalent of nearly three cans of cola. Some energy drinks also contain exceptionally high levels of sugar – on average, they have 60% more calories and 65% more sugar than other regular soft drinks.

With more than two thirds of 10-17-year-olds and a quarter of 6-9-year-olds consuming energy drinks, they are likely to be contributing to both obesity and tooth decay in children.

The consultation proposes that a ban would apply to drinks that contain more than 150mg of caffeine per litre. Excessive consumption of these drinks has already been linked to a catalogue of health issues in children, ranging from headaches and sleep problems to stomach aches and hyperactivity. Surveys from teachers unions have also suggested that they contribute to poor behaviour in classrooms.

As part of the second chapter of the Childhood Obesity plan, the public will be able to say if they think the law should be changed to prevent children from buying them in any situation.

Prime Minister Theresa May said; "Childhood obesity is one of the greatest health challenges this country faces, and that's why we are taking significant action to reduce the amounts of sugar consumed by young people and to help families make healthier choices.

"With thousands of young people regularly consuming energy drinks, often because they are sold at cheaper prices than soft drinks, we will consult on banning the sale of energy drinks to children. It is vital that we do all we can to make sure children have the best start in life and I encourage everyone to put forward their views."

Steve Brine MP added; "We all have a responsibility to protect children from products that are damaging to their health and education, and we know that drinks packed to the brim with caffeine, and often sugar, are becoming a common fixture of their diet. Our children already consume 50% more of these drinks than our European counterparts, and teachers have made worrying links between energy drinks and poor behaviour in the classroom.

"We are asking the public for their views on the matter, to ensure energy drinks are not being excessively consumed."

While the drinks are already banned for sale to children by many major retailers, they do remain readily available in some retailers, including vending machines and independent convenience stores. In the UK grocery market, including corner shops, only 21% of locations are signed up to the voluntary restrictions.

Adolescents in the UK who drink energy drinks consume around 50% more than their counterparts in Europe – evidence of the extent of the problem that we face. One of the reasons energy drinks are so appealing to children is that they are often cheaper than other soft drinks – in some outlets it is possible to buy four 250ml cans of energy drink for £1.

Food labelling laws already state that any soft drink with more than 150mg of caffeine per litre must carry a warning about its high-caffeine content and are not recommended for children or pregnant or breastfeeding women.

The consultation follows the June 2018 publication of the latest chapter of the Government's Childhood Obesity Plan, which outlines a series of measures as well as a commitment to halve childhood obesity by 2030.

Pictured; Steve Brine talking to BBC News as he made the announcement from outside Winchester's Great Hall.