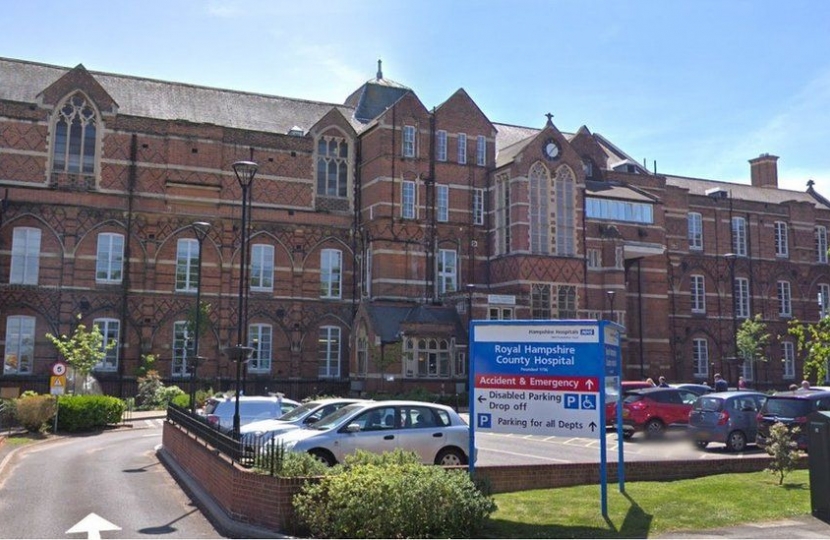 Work to identify potential sites for a new hospital has been ongoing since October 2019, when the government announced that north and mid Hampshire would be one of the areas to benefit from funding as part of the government’s Health Infrastructure Plan (HIP) to build 40 new facilities before 2030.

After a comprehensive search for sites across Alton, Andover, Basingstoke, Eastleigh, Winchester and the surrounding areas was carried out, two locations have been identified as potential sites for a proposed new acute centralised hospital to serve the area as part of the Hampshire Together: Modernising our Hospitals and Health Services programme.

The first is located between Basingstoke and Winchester, near to junction seven of the M3, with the other being based on the current site of Basingstoke and North Hampshire Hospital.

These locations were identified following an extensive site selection study, which was carried out across the entire Hampshire Hospitals catchment area to identify suitable parcels of land. Pieces of land that were large enough to house a hospital and health campus were then ranked according to how they performed against a total of 36 weighted criteria before negotiations began to assess their availability, price and the current owners’ willingness to sell.

“Whilst we have identified two possible sites, no final decisions have been taken and we look forward to talking to our staff and the public about our proposals for the future when we go out to public consultation early next year. We are looking forward to discussing the pros and cons of each of the possible locations as part of the formal consultation process.

“But this is not just about a building, we are using this as an opportunity to think about how we provide health services which will meet the needs of our population for decades to come. We have already announced six potential clinical service options and further work is underway to develop a shortlist for consultation, where service and site options come together.

“This includes making significant investment at Royal Hampshire County Hospital, in Winchester, as well as exploring opportunities to provide additional services in other locations across north and mid Hampshire, giving all of our patients access to high-quality, timely and sustainable health care as close to home as possible.”

Steve Brine MP said; “That this is about replacing Basingstoke Hospital is the worst kept secret of them all. It will certainly serve the population of north Hampshire but it would be a place people from Winchester and Chandler’s Ford have to travel to for most acute services. I repeat my call on the clinicians driving this not to give up on the Royal Hampshire County and to now be crystal clear what we gain and what we lose in Winchester.”

You can read Steve Brine's latest column on this for the Hampshire Chronicle here.