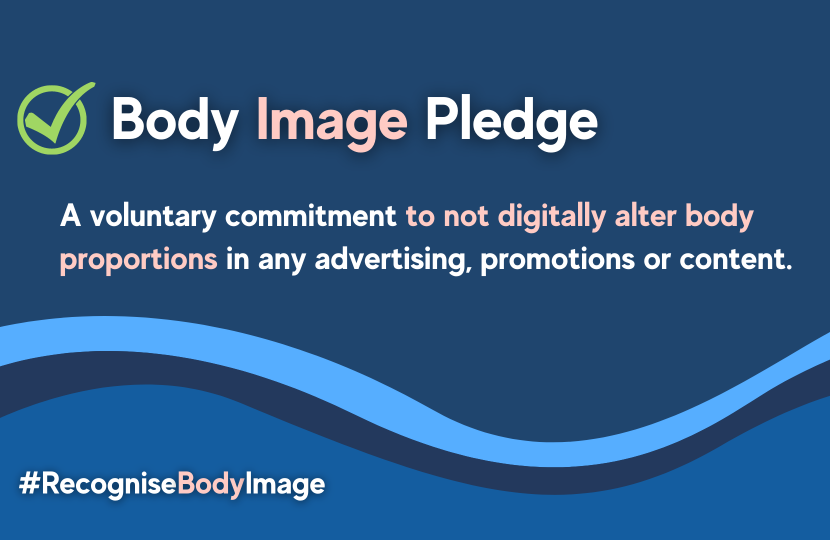 The Body Image Pledge – put together by Luke Evans MP - invites brands, charities and organisations to voluntarily commit to not digitally manipulate body proportions in any direct advertising or promotional material, including images appearing on storefronts.

The letter highlights the harmful effects that viewing digitally altered bodies can have on a person’s – particularly a child’s – self-esteem and body image. As many as 1 in 3 teenagers feel shame about their body, with 94% of girls aged 11-21 believing more needs to be done to protect young people from body image pressures online.

Advertising makes a profound difference not just on the way we perceive products or services, but to the way in which we perceive ourselves. Which is why Steve Brine MP is calling on organisations to commit to accurately representing a person’s body and make a significant difference in how beauty ideals are considered.

Action has already been taken by some well-known organisations with Dove, Boots, Barry M, PureGym and the Mental Health Foundation already signing up to the Pledge. An international sporting event, the Birmingham Commonwealth Games 2022, will also be accurately represented with the official promotional event services provider, DRP Group, having made the commitment too.

The letter states “We recognise there is no easy solution to this problem, and that no one policy or piece of legislation alone will solve this issue. Supporting the Body Image Pledge, however, would be a fantastic first step in the right direction. We have the potential to make a real difference to how we as a society view body image, which will greatly impact our mental and physical health as a nation.

It continues: “As online campaigns run by businesses, charities and organisations reach millions of people each week, we are calling for the accurate representation of body proportions of any person who appears in direct advertising or promotional material. A simple step towards honest advertising.”

Commenting on his support for this campaign, Steve Brine MP said; “I am very pleased to support this important campaign. For too long advertising and promotional images have contained digitally manipulated body proportions, falsely presenting them as an honest representation of that person. Not only does this harm people who see these images online, in stores or on the pages of magazines, but it causes distress to the person who has had their body digitally ‘fixed’.

“By making this commitment organisations all around the country could make a tangible, crucial difference to those suffering with an eating disorder or low body confidence.”