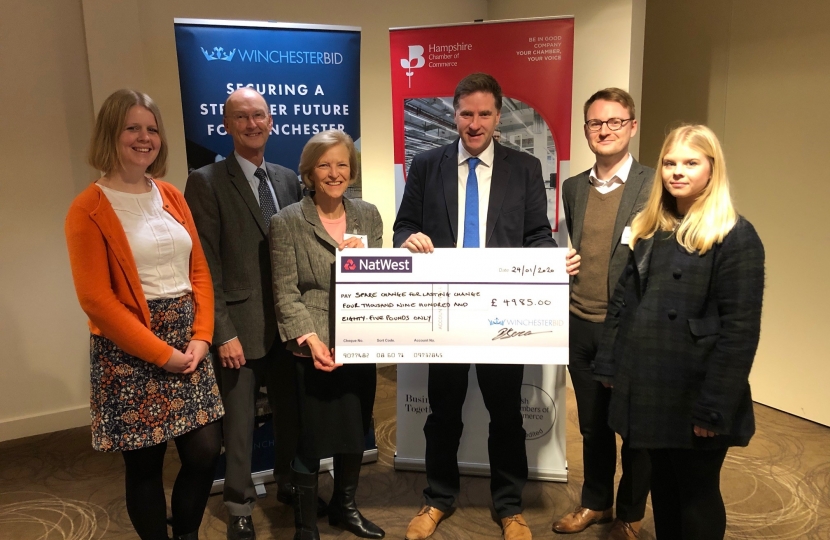 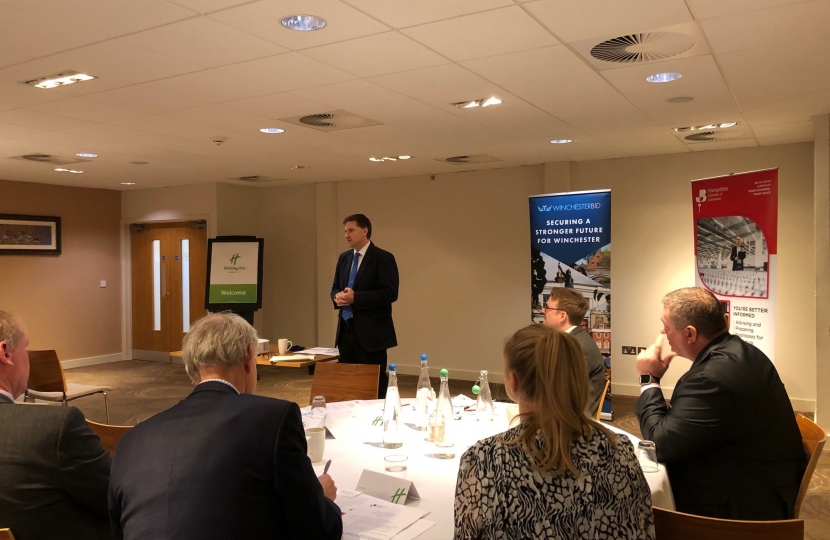 Addressing a wide range of business and charity figures, Steve Brine said the lack of progress on major projects in the city was ‘deeply concerning’ and impacting negatively on the commercial heart of Winchester. He criticised continuing delays to Station Approach and the ‘Silver Hill’ Central Winchester Regeneration Project in particular.

He said: “In a democracy, things have to start with a talking shop but they can’t end with one and that is what I fear is happening in Winchester right now. This is, as we all know, not a new phenomenon in the city but it is really starting to bite and the impact in terms of income – and the resultant action having to be taken such as proposed Sunday parking charges – is deeply concerning. There’s a new sense of optimism in the country at the start of a new decade and we’re sitting on the bench.

“It’s no use blaming the General Election because, although we all understand rules around purdah, there has been plenty of time since the new council was elected in May to get on with things, plan for things behind the scenes and there’s time still before the next round of local elections this Spring.

“There was a huge public engagement exercise around Central Winchester, in which thousands of my constituents took part, and that led to a planning outline that was oven-ready. Now, over a year since giant hoardings went up signalling we’re finally moving forward, people are entitled to ask what on earth is happening.

“Similarly with Station Approach, the debacle around due process not being followed looks to have cost the city a multi-million pound grant from the local enterprise partnership and put us back to square one. City leaders need to stop blaming everyone else, stop playing at other peoples’ jobs and focus on the one they told us less than a year ago they wanted to do.”

Mr Brine also addressed problems with South Western Railway and confirmed they had been put on notice by the Transport Secretary. He also covered recent issues with FlyBe and the serious impact its’ failure would have on Southampton Airport and the local economy as well as regional connectivity.

The event also saw the MP present a cheque on behalf of Winchester BID to Winchester Churches Nightshelter and Trinity Winchester as part of the highly successful Spare Change for Lasting Change initiative.

The event, held at the Holiday Inn at Morn Hill, is organised by the Hampshire Chamber of Commerce and Winchester BiD and hosts a ‘Meet the MP’ event with Mr Brine each January. This was the tenth time he has addressed the gathering.