MP is inspecting officer at ATR Passing Out parade 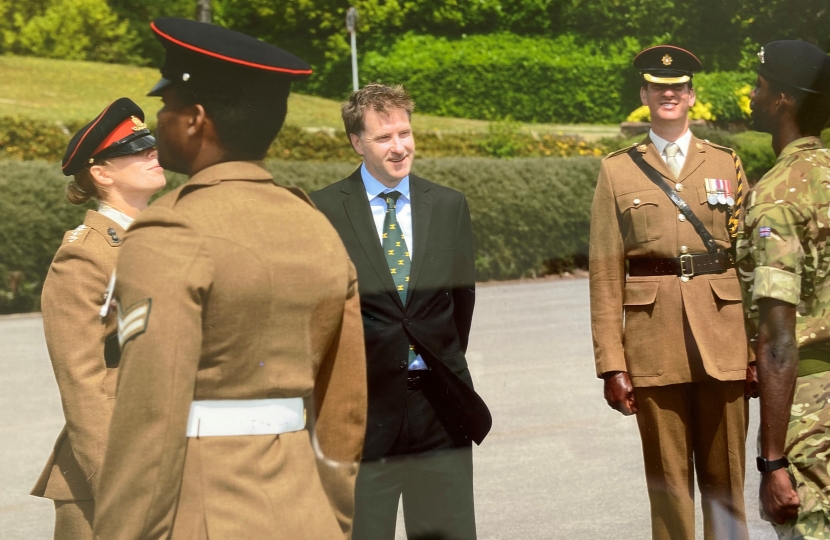 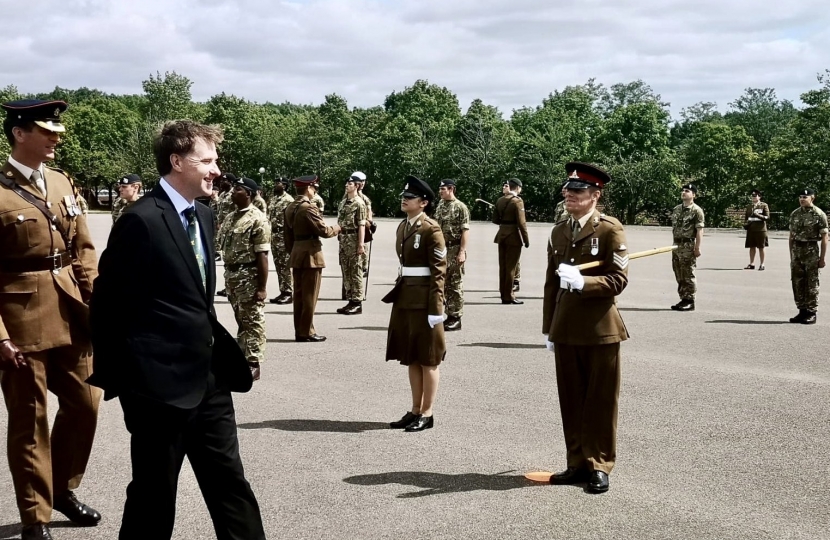 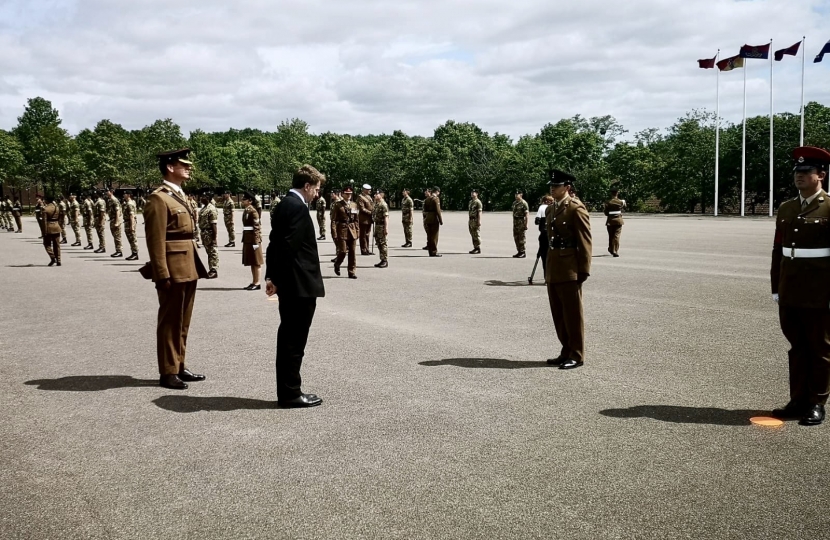 ATR Winchester, based at the Sir John Moore Barracks on Andover Road, hosts basic training for the British Army as individual civilians are transformed into soldiers. All recruits undertake a 14-week course before moving onto the next stage of their training before deployment as the next generation of the army.

Mr Brine, who was hosted by Commanding Officer, Lieutenant Colonel Noot, saw some of the facilities on the site before officially inspecting the recruits and giving the main address at the parade ground.

Addressing the 88 men and women graduating, the MP said they were part of a very special class of 2020 given they saw their initial training interrupted after just 3-weeks and had to return home as a result of the Covid-19 pandemic. Training continued online with all physical training tracked by the instructors Strava!

He said; "I feel your sense of achievement today. That's real, be proud. The support you will have had from your friends and family - this year more than ever - is the rock upon which you will build your career. That is true in the army as it is in politics. It's a team effort but, as you move on, hold Winchester in your hearts and know wherever life takes you, the journey began right here."

And speaking to BFBS Television afterwards the MP added; "I am so proud to have the ATR in my constituency and enjoyed today more than I can say. These men and women are the best of us. I wish them all well for their future careers."

Due to Covid restrictions, families of the recruits were unable to attend the parade. Instead they watched at home via live webcams across the country and in many countries around the world.

Pictured; Steve Brine at the parade ground as the latest batch of recruits pass out.