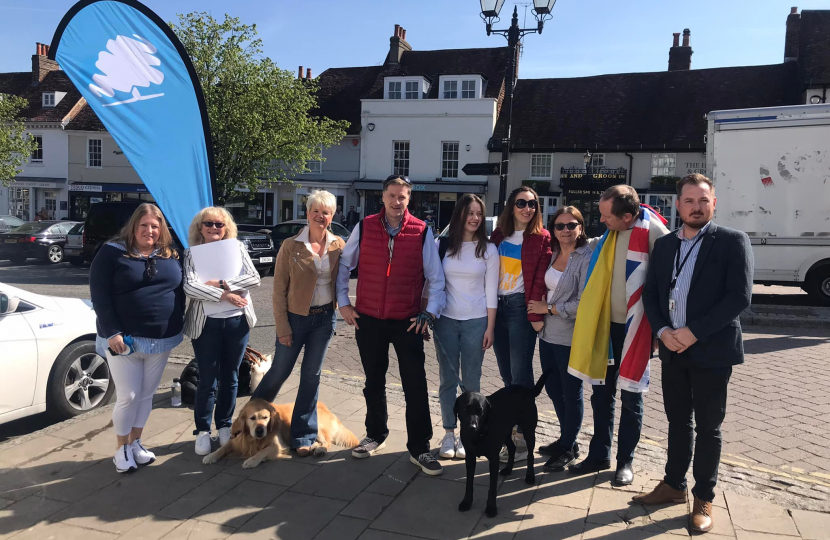 Donna was joined by her deputy PCC as the team spent a morning engaging with residents on the corner of a busy street in the Hampshire market town. The team were supporting Lorraine Bailey ahead of the Winchester City Council elections on 5th May.

The MP for Winchester and Chandler's Ford, Donna Jones and Councillor Fiona Isaacs spent very minute conversing with constituents on a number of local and national issues, including crime and free parking in the town centre.

Steve said; "For fourteen years I have held a street surgery in Alresford - no gimmicks, not just at election time - just MP (and guests) being available to constituents, this Saturday was no different. It was great to be out supporting the A&IV team again ahead of Thursday's election."