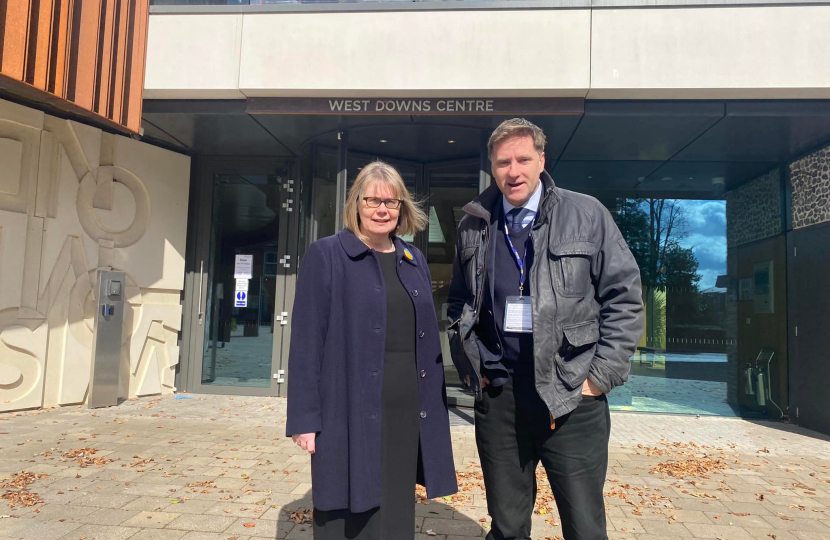 Steve Brine was back at the University of Winchester for the first since Professor Sarah Greer had taken her post as the newest vice-chancellor of the city’s university.

Last year, long-term vice-chancellor, Prof Joy Carter, announced that she would be stepping down after fifteen years in the job which oversaw huge growth of the University. Following a short interim period led by The Reverend Professor Liz Stuart, Prof Sarah Greer has wasted no time and has dived into the job.

The MP joined Sarah for a wander around the new(ish) West Downs campus to catch up on a number of issues facing the university as it looks beyond covid. The pair also discussed the recently announced plans by Winchester City Council for a massive expansion of the University of Southampton in the city.

After his visit Steve Brine said; “It was such a pleasure to properly meet Sarah on campus at Winchester university and even better to see the lovely West Downs fully operational. It is just stunning.

“I am looking forward to working closely with the new VC and wishing her well for the future.”