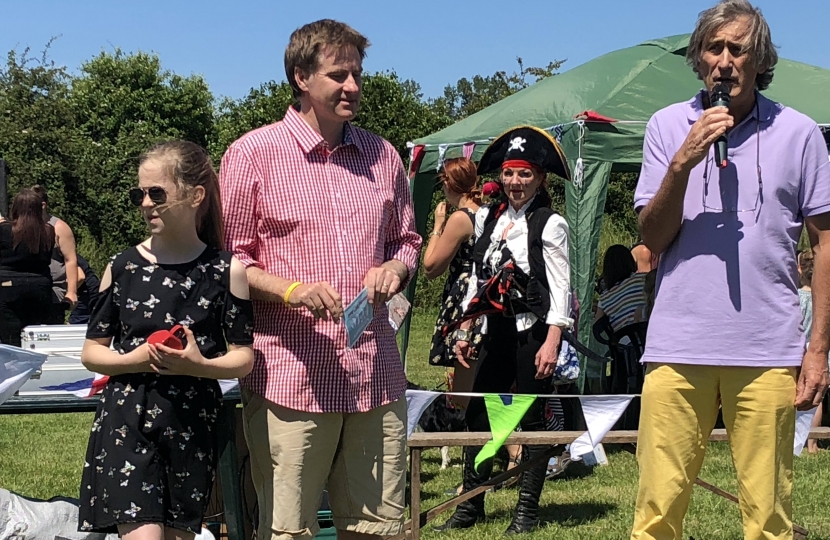 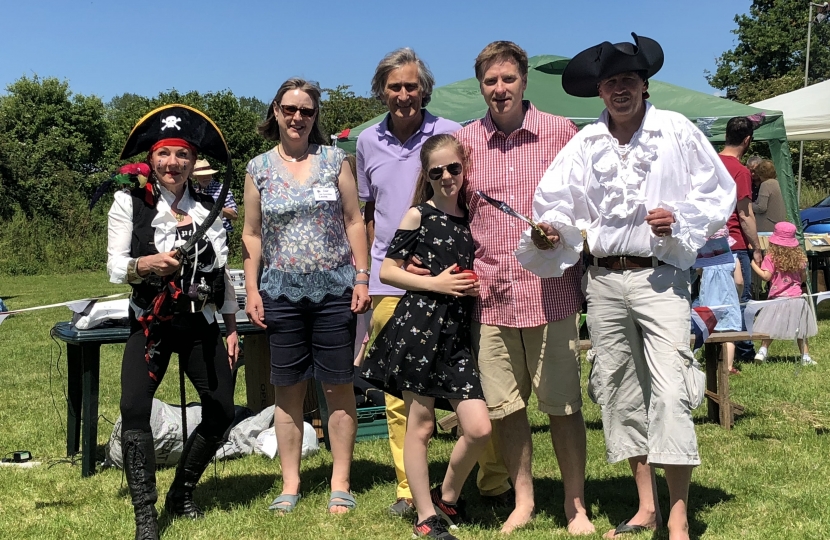 The sun shone and the village came alive in Micheldever today for the annual Summer Fete.

Local MP Steve Brine, along with his children Emily and William, were there and opened the festivities at lunchtime.

The event, held on the Lord Rank Playing Fields in the heart of the village, was raising much-needed funds for St Mary's Church in Michelever and had a pirates and mermaid theme this year.

There was also a dog show, three-legged race and a performance by the choir from Micheldever Primary School. The Chandler's Ford Boys Brigade provided the traditional music and the grand draw featured Tea for Two at the House of Commons from Steve as its top prize.

Steve said; "I don't think we've ever missed this fete during my time as the MP but it nice to be back opening the event. Well done to everyone for all their hard work. I hope they raised what they'd hoped for St Mary's."

Pictured; Steve with Emily about to open the fete and with members of the team.