MP praises police operation on A33 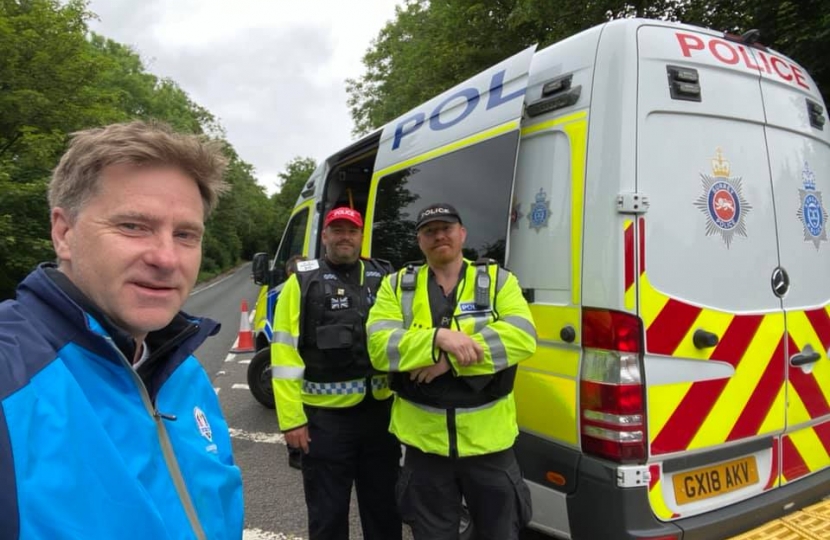 Police from two different areas were are out in force this weekend to prevent horse and trap racing on the A33.

Hampshire Constabulary had received information that an event similar to the one that took place last month was due to be held across the weekend near Micheldever. Significant resources have been allocated to the area to manage this, and officers have been given special powers to disperse any gathering in the area.

Officers made clear they will deal with any offences, and will be capturing evidence to enable them to follow up with any incidents not dealt with at the time.

Chief Superintendent Paul Bartolomeo said: “Racing on public road networks is an offence, and will result in us taking enforcement action. These activities can be conducted lawfully elsewhere, such as on private land, and we will not be tolerating the use of Hampshire’s roads for an illegal sporting event. We will deal with offences robustly, and take action wherever we have a power in law to do so.

“A Section 35 dispersal order has been authorised from 12pm on Friday 18 June until 12pm on Sunday 20 June, and will be in place across the whole of the county.

“This gives officers the power to disperse people under Section 35 of the Anti-Social Behaviour, Crime and Policing Act 2014; they can also seize any items used in the commission of anti-social behaviour. We appreciate the support of our partners in managing this situation, as well as the patience of the communities we serve.”

Steve Brine, who visited the police on site on Saturday, said; “I wanted to thank Hampshire Police, and colleagues from Sussex who came to help, for a visible and consistent presence - and patrol - this weekend to prevent a repeat of any illegal pony and trap racing. To be clear, the police are in this for the long haul and this is being watched like hawks. We promised to grip this and greatly helped by the leadership of new PCC Donna Jones we have done just that.”

If you have any concerns or information on any criminal activity taking place, please contact the authority on 101 or on 999 if it is an emergency.

Pictured; Steve Brine with officers on the A33 this lunchtime.