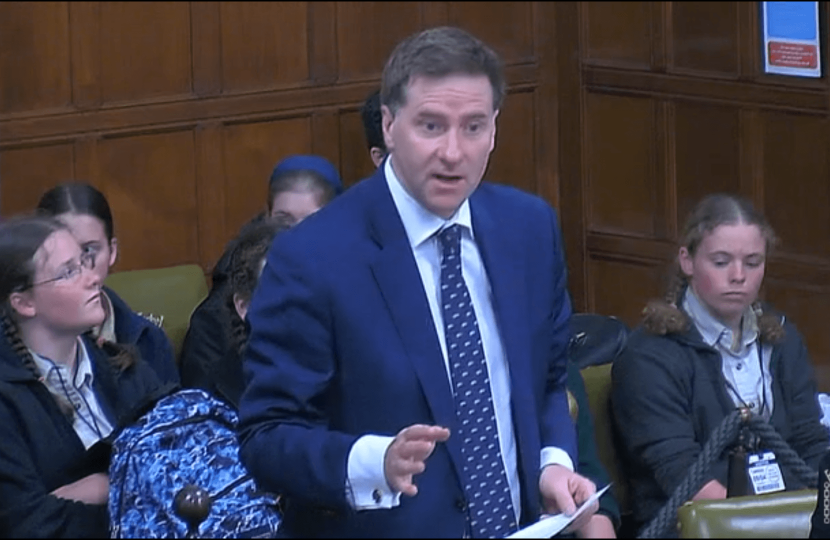 Winchester MP Steve Brine MP spoke out against plans for a massive new incinerator in the Hampshire countryside at a debate in the House of Commons.

MPs were discussing the regulation of the incineration of waste in a timely debate as thousands of people have signed a petition against Wheelabrator’s plans for a waste-to-energy facility on vacant land owned by Raymond Brown near the A303, just over a mile west of Bullington Cross.

The business claims the facility will be able to process 450,000 tonnes of waste a year which will power around 110,000 homes.

Mr Brine spoke out against the planned development which, while in the constituency of neighbouring MP for Romsey Caroline Nokes, has caused widespread concern among his own constituents living in the villages across Wonston and Micheldever.

The MP told MPs; “My constituents are very worried at the moment about a proposal for a new incinerator the size of Battersea power station in the Hampshire Downlands countryside.

“Given that incineration is not recycling and the proposals would lead to countless lorry movements just to feed the machine, it would be good to hear from the Minister about where the Government see incineration in the hierarchy of waste management in England today.”

The company responsible, Wheelabrator, has recently embarked on the first stage of the 1-2 year process, and Steve Brine is working with colleagues - including the Leader of WCC Caroline Horrill, Cllr Stephen Godfrey and Cllr Patrick Cunningham to fight the plans – and the Keep Test Valley Beautiful campaign group.

The decision will not be taken by Hampshire County Council but the National Infrastructure Commission which provides the government with impartial, expert advice on major long-term infrastructure challenges.

Email Steve to let him know your thoughts via steve.brine.mp@parliament.uk

Hansard record of the debate