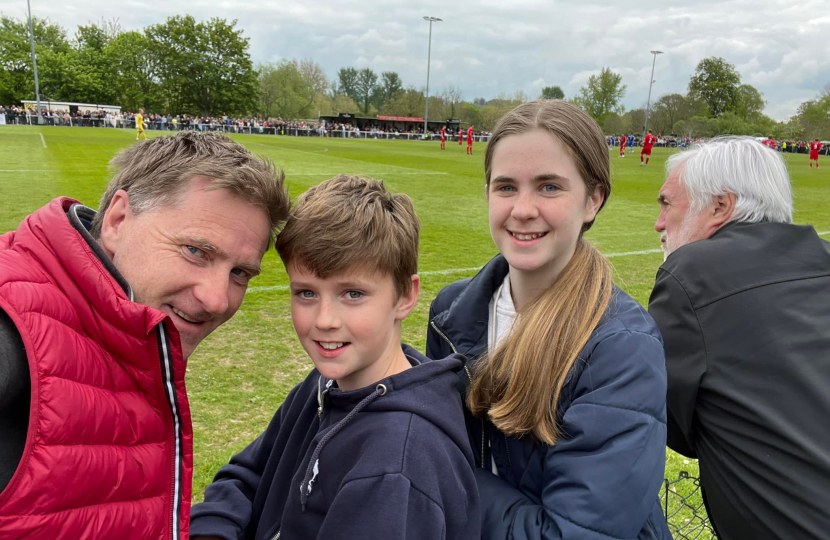 Winchester City Football Club made club history as they were promoted to the Southern Premier League in a high tempo play-off final.

More than a thousand fans watched Craig Davis' side beat Manor Farm, from Bristol, 4-1 to play next season in the highest league since the club was formed in 1894.

Local MP, Steve Brine, and his children were there to cheer on the lads who took an early lead through the reliable Warren Bentley. Further goals followed from Craig Feeney and Simba Mlambo.

Steve says; "What an incredible afternoon and what a team Craig has built here at City. Simba is a striker any club would love to have but, for me, the man of the match was keeper Charlie Charlie Philpott who made some key saves when it mattered.

"Huge congratulations to all the players, staff and volunteers. See you next season."

Mr Brine is an Hon VP of the club which dates back to his work, more than a decade ago, when the club was bankrupt and facing closure. Winchester City Council, under the leadership of then leader George Beckett, rescued the club.

He adds; "A huge amount of work is needed now to build on this moment and I am looking forward to with the club and WCC to see how we can do that."

Pictured; Steve with his children at the match.