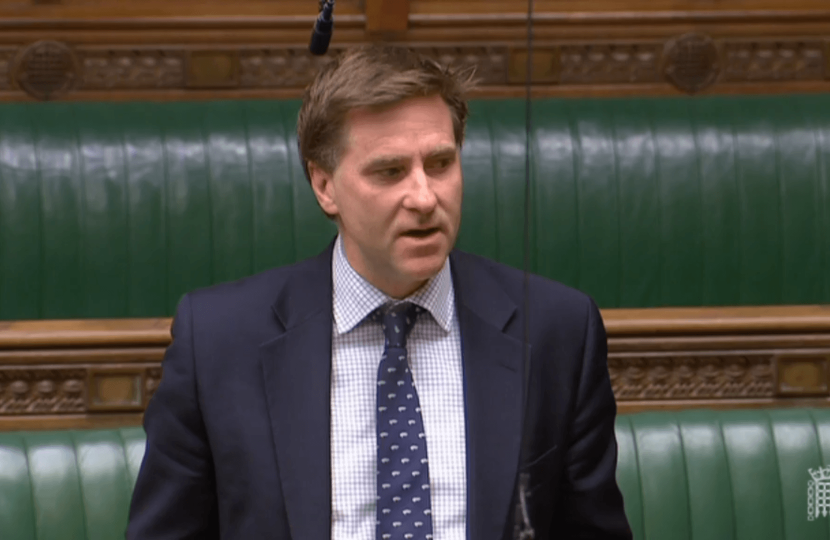 Steve Brine spoke ahead of crunch Brexit vote today and said we can only leave with a deal.

Steve told Parliament that if we leave we “must” leave the EU with a deal as he took part in the Commons debate on Friday 29 March.

The Winchester & Chandler’s Ford MP said that (almost certainly) the majority of his constituents had voted to remain, but many had voted Leave and some were too young to vote, but that the view was if we must leave, we must only leave with a withdrawal agreement.

He said that the Government had to have a Plan B in case the withdrawal agreement did not ‘get over the line today’ and that Monday would be all about finding a way that can command a majority which results in leaving “in a safe way”.

He also told the House that whether the next step was a People’s Vote or a Revocation of Article 50, no option was “consequence-free”.

“I think it’s crazy we’re in this position and it was all so unnecessary but I’ve said for some time now if Parliament cannot solve this all options remain on the table.

“As I said in the House today, Monday is now even more important as we return to part two of the indicative votes process. We will have to find a new consensus across the House that can take Labour MPs with us. Many of my colleagues will not like that but they’ve had their chance and must now face the consequences of their actions.”