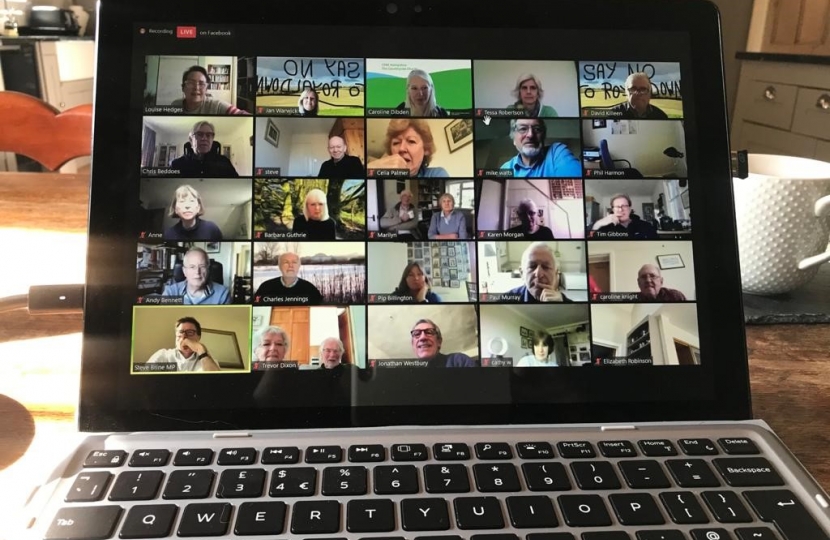 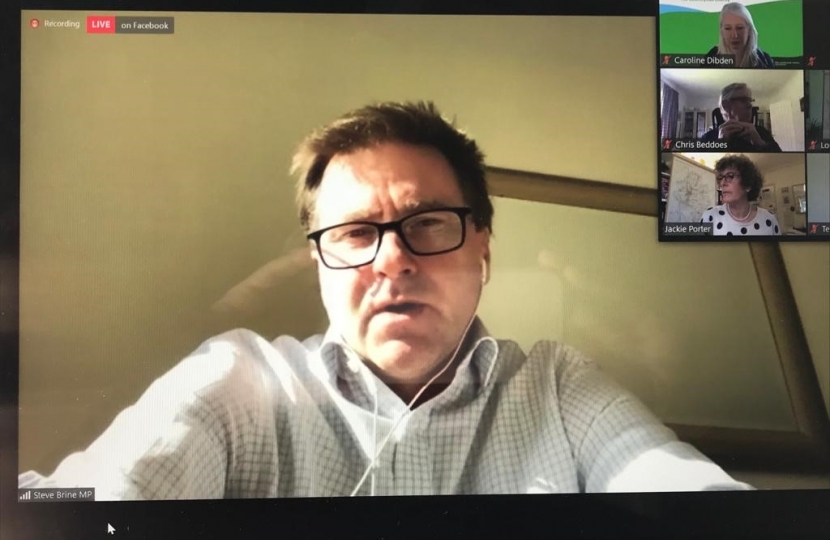 Hundreds of people attended the demonstration but none of the 280 people left the comfort of their homes as the event about the Royaldown - and Micheldever - scheme was held virtually.

It had been planned to stage a walk around the area but that was scuppered by the current lockdown and those attending heard speeches and viewed photos of the area via zoom.

Farmer Nick Russell has proposed a new town of 5,000 homes on farmland between Hursley and Oliver's Battery, sparking strong opposition from local people and Hampshire CPRE, the Countryside Charity who were promoting the idea for a new green belt in South Hampshire to protect the green gaps.

The event was organised by the campaign group Save South Winchester and Cllr Jan Warwick but also heard from Tessa Robertson of the Dever Society which has - for many years - opposed a new town being built on farmland in the Dever Valley.

Chris Beddoes, chairman of demo organiser Save South Winchester group, said: "We are here to show our opposition to the Royaldown large-scale development on the green fields, south of Winchester."

MP Steve Brine said the need for such large schemes had not been shown and reminded the meeting Winchester has no need to build this many houses saying; "There is now no credible route whatsoever to an argument framed for RoyalDown or Micheldever which says Central Government made us do it."

He added: "This is my home; it’s the place I chose to live and bring up my children. It matters to me that we have a thriving, successful local economy and it matters to me we protect what makes us want to live here in the first place. My kids, like all the young people I interact with in this job, care a lot about the environment and the natural environment. They look to us to protect it and enhance it so they can make a positive choice to live here when they’re grown up.

"Ultimately, this is about protecting the landscape setting of Winchester. We won’t build back greener or level up by building all over the green fields of Hampshire; it's now for our local politicians to decide what they want their legacy to be."

Royaldown is on the SHELAA list of potential sites compiled by Winchester City Council, although the ruling Liberal Democrat administration says it has no choice in the matter and the site has to be considered. The council is consulting the public over its new Local Plan that will guide development over the next 20 years.

Felicity Roe, a senior director at the county council, said Royaldown was placed on the SHELAA list and the developer was wrong to say it had the support of the county council. "The land was promoted by a third party speculative property developer without the consent of HCC. That box was ticked by mistake by the developer. We have given no formal consideration to release the land and would not do so unless we are approached by the city council as part of the need for strategic land supply.

"We have written to the Royaldown land promoter to say we have not made this land available for housing development. We have no proposal than to do anything but farm that land."

The demo can be watched back here