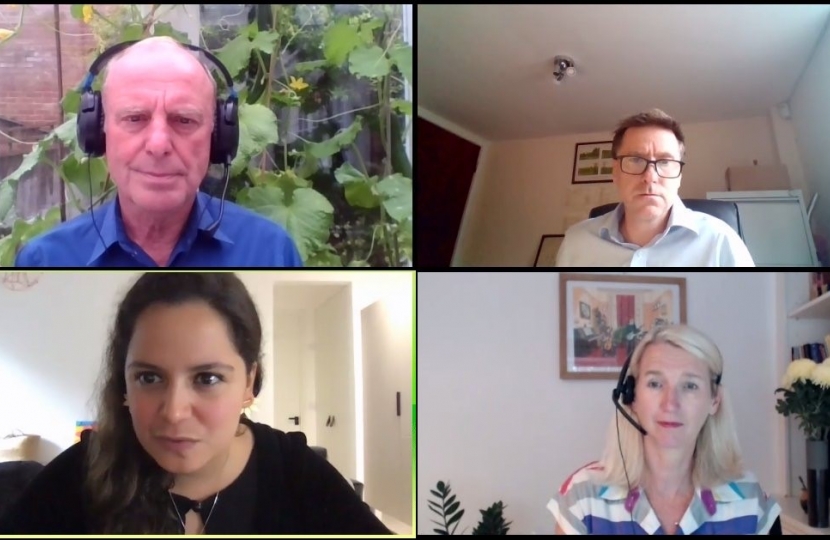 Organised by the think-tank REFORM, the session saw our MP join a panel that also included Professor Karol Sikora from Rutherford Health and Lynda Thomas the Chief Executive at Macmillan Cancer Support.

Mr Brine, who is a former Cancer Minister, took part in a wide-ranging discussion around the reasons for the backlog in treatment and new presentations as well as how the system can adapt and recover as the pandemic reduces. Discussion also centred on covid-protected cancer hubs, working with the NHS and the independent sector, screening programmes and future work around primary care re-design and prevention of cancer.

Steve says; "Figures released by the NHS last week show a drop of around 60% in urgent cancer referrals made by GPs in April. Many fear this will, in addition to a backlog of patients who had cancer treatment or consultations suspended during the height of the crisis, lead to a large number of new cases coming forward later than they ordinarily would.

"I was pleased to be able to discuss issues around how we work through the backlog and how cancer services are likely to be fundamentally changed by Covid-19. It was a hugely important event and a pleasure to part of."

The Webinar titled 'Cancer : the looming crisis?' was chaired by Eleonora Harwich who is the Director of Research at Reform and will be available via the think-tank for replay in due course.

Pictured; Steve as part of the panel on the Webinar.