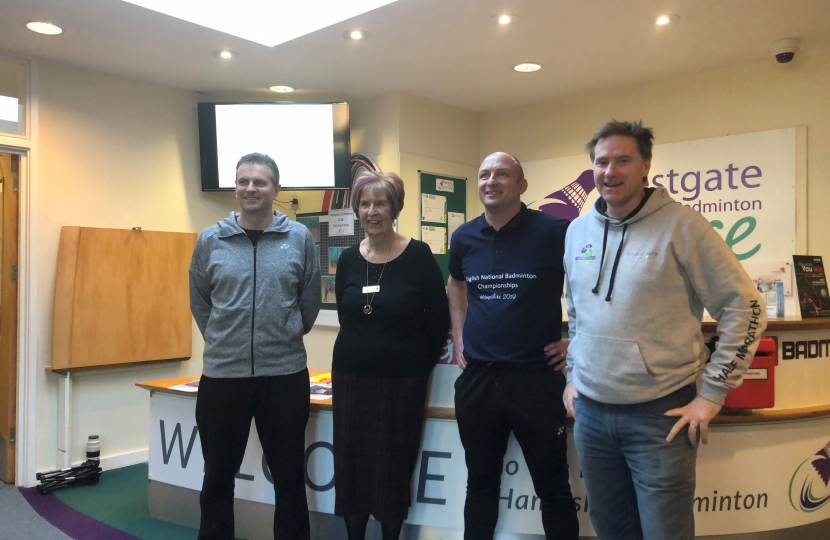 Steve Brine took his daughter Emily to The Westgate School on Saturday 2nd February as the nation's best badminton players descended on Westgate Badminton Centre for the English National Championships.

This was the first year this prestigious event has been hosted by a county badminton association in its 55 year history where it was first staged in Portsmouth back in 1964.

Steve Brine said: “Emily and I were delighted to pop along and was some seriously impressive badminton held right here in the heart of the city.”