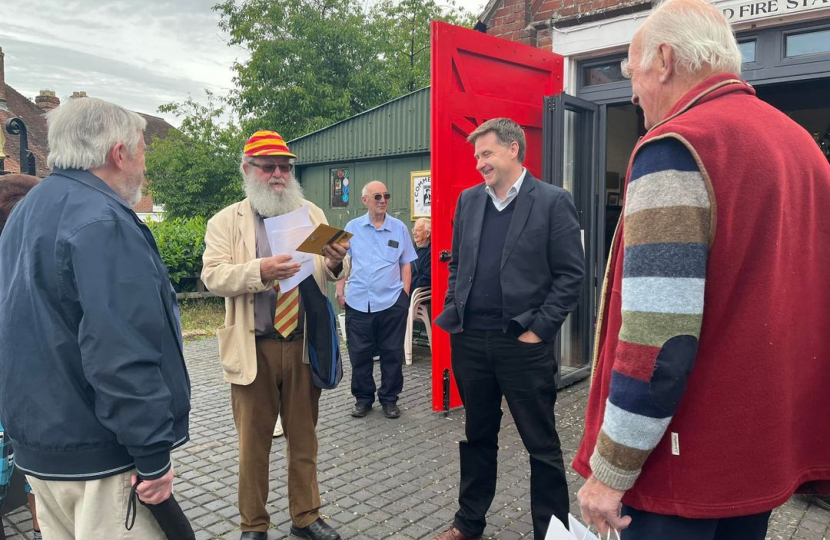 Bernard was the founder of TOADS, an amateur dramatic society based in the village, and chair of the Village Hall Committee alongside his duties on the Parish Council.

Winchester and Chandler’s Ford MP, Steve Brine, was present to praise Bernard for his achievements saying; “Bernard gave his time selflessly in his many years for the local community and this is much appreciated. The support he garnered for the NATT community minibus has been important in keeping this vital service on the road and thriving.”

Robin Atkins, Chair of NATT and organiser of the event, reminded attendees of Mr Tucker’s strong support in the Parish Council which had led to the Trust being grant over £8000 since 2008. These funds were vital in supporting their minibus operations and completing large-scale structural work of Eel House.

Both Steve and Robin presented the veteran councillor with gifts, including a membership of the New Alresford Town Trust.