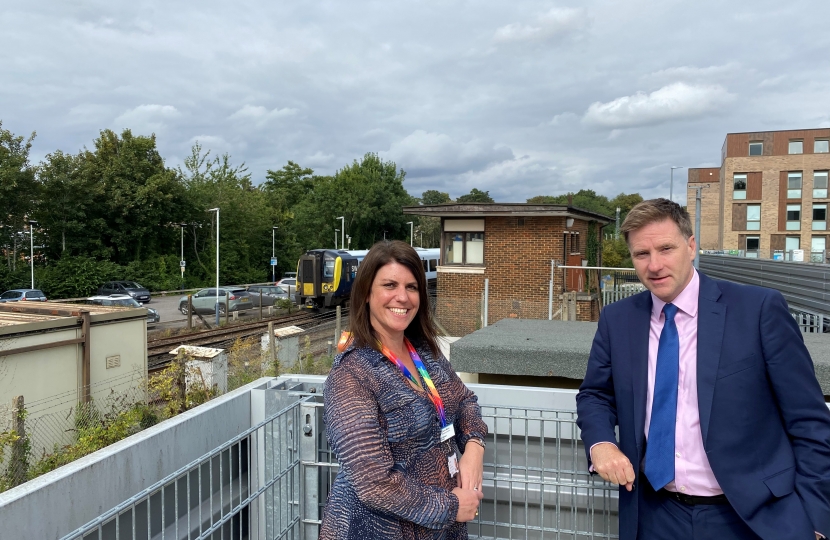 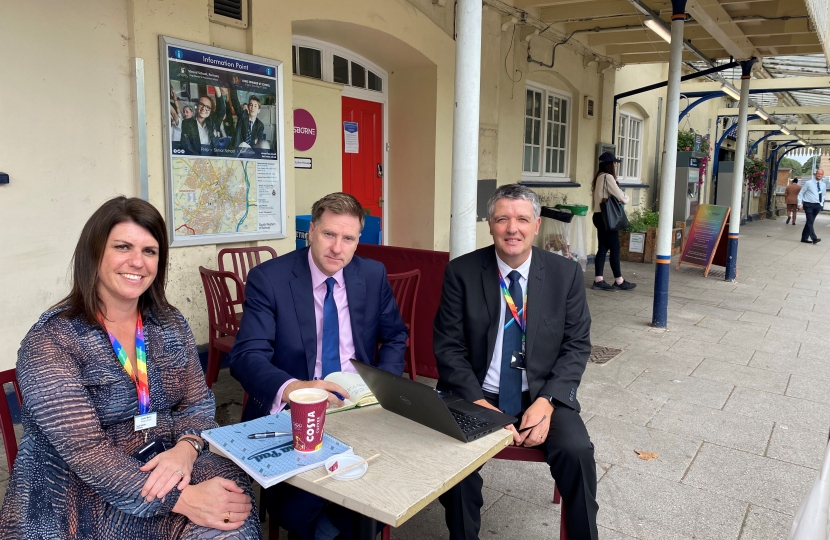 Managing Director, Claire Mann, and Senior Regional Development Manager, Phil Dominey, met the MP at Winchester Railway Station as SWR wrapped up this weekend their initial consultation into timetable changes due to come into effect in December 2022.

Mr Brine also took the time to discuss the future of flexible ticketing and ‘part-time’ season tickets, which many of his constituents have been concerned about following a change in work-home balance.

Steve said; “Claire has a long-history working in the rail business so brings a great deal of experience to SWR and she’s going to need every ounce of it given the challenges ahead. It was good to run through the crucial future timetable project and to raise some of other issues brough to me in the course of my work as our MP.

“I also wanted to raise, and seek a commitment to address, the poor state of Winchester station which is looking very worn and scruffy. It needs a lick of paint and smartening up as one of the key routes into our city."

The team were keen to outline plans for a new cycle cafe, housed in the old signal box adjacent to the southbound track, being created by a joint project with Hampshire County Council and a new safe route for students travelling into the city by train to attend Peter Symonds College. Work will start later this year and avoid young people having to cross Stockbridge Road where it meets Cranworth and a number of near-misses have been recorded in recent years.