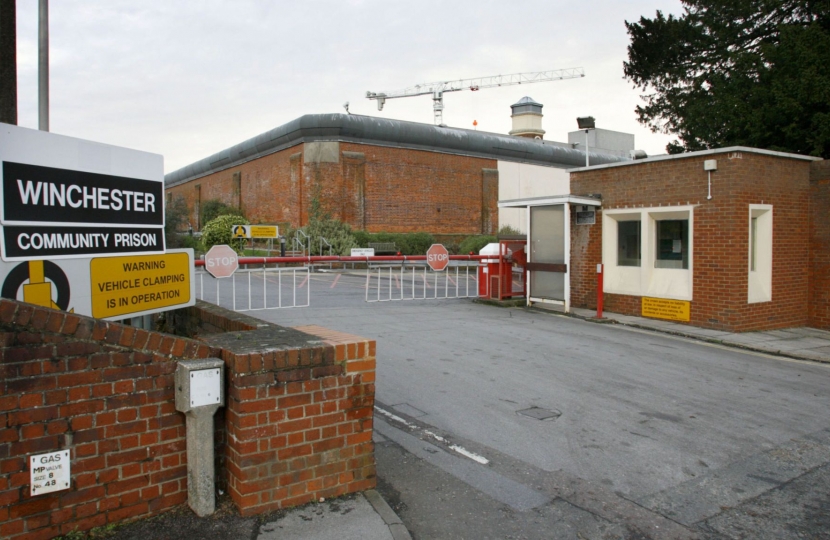 Winchester Prison will be at the forefront of efforts to stop prisoners smuggling in drugs, mobile phones and weapons after being selected to receive tough new security measures.

The Hampshire prison is one of 16 of the most challenging in the country to receive an innovative new x-ray body scanner, producing instant images from inside the human body including internally concealed contraband.

The 16 scanners, designed specifically for the Prison Service, will cost £28m as part of the Government’s £100m package to tackle violence and drugs in our prisons.

The package will also fund new measures to tackle drugs and violence in prisons including x-ray baggage scanners and metal detection equipment, phone-blocking technology and a new digital forensics facility.

Conservative MP for Winchester, Steve Brine, said he was pleased to see the new scanner heading to the jail to help tackle crime in the prison and make it a safer place for prisoners and the staff working there.

He said: “I am pleased to see Winchester Prison get a new x-ray body scanner. Installing this machine shows this Government will not tolerate criminality in our prisons.

“We are serious about tackling crime, especially in our prisons where it can have a detrimental effect on the work our prison officers are doing to help prisoners with their vital rehabilitation.

“Once this new machinery is in place, prison officers will have more time to work with prisoners before they are released back into our communities.”

Prisons and Probation Minister, Lucy Frazer QC MP said: “New technology is a vital part of our efforts to stop those determined to wreak havoc in our jails. These scanners will help to stem the flow of contraband into jails and allow officers to focus on rehabilitation.

“We’re investing £2.75 billion to transform our prisons, creating 10,000 additional modern places, and stepping up security to cut crime and better protect the public.”

The first wave of jails has been prioritised after careful consideration and this will boost security where remand prisoners are received from courts. The use of X-ray body scanners at 10 other challenging prisons – as part of the ’10 Prisons Project’ - was successful in detecting contraband and contributed to a significant reduction in violence and drug use.

The installation at HMP Winchester will begin in Spring 2020, with all scanners expected to be in place by the Summer. The technology is set to be introduced in other prisons across the estate later this year.

The images produced by the scanner provide a level of detail inside the body that has not been seen before in the Prison Service.

The equipment is being funded by the Government’s £2.75 billion commitment to transform the prison estate. This includes: