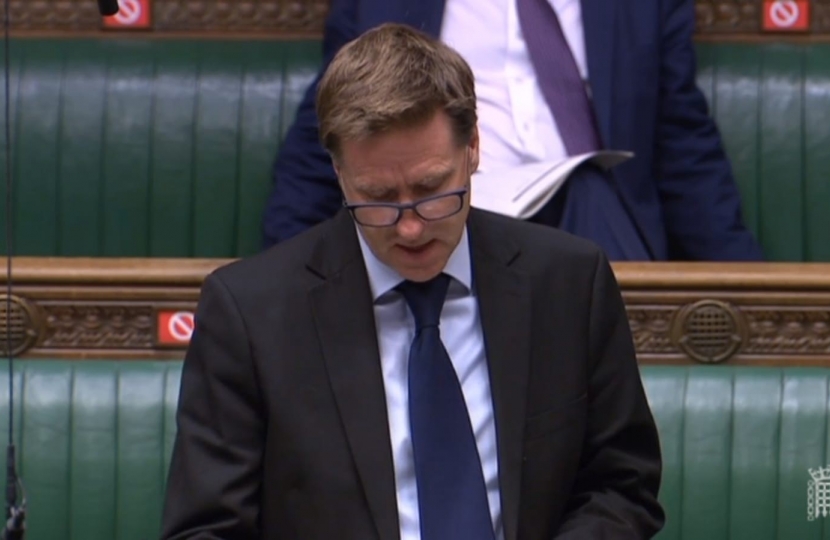 MPs returned to Westminster following the Whitsun Recess today and there was a lively debate about ending the 'virtual' Parliament to start things off.

Since the 'lockdown' MPs have been speaking, and voting, in the House of Commons through a combination of physical and virtual contributions.

A Government motion proposed to end the hybrid arrangements entirely, including a return to MPs voting in person.

Steve Brine says; "Today I voted for amendment d (none of the others were selected or moved) and against the main Government motion.

"I believe the House of Commons should return in physical form but those shielding (or shielding others) should - by special agreement with the Speaker - be able to continue to contribute - and vote - virtually.

"I also believe, which is why I supported amendment d, we should ideally vote in person but for the time being we should carry on voting remotely. I don’t have any issue with long queues (my constituents are doing so all the time to buy food etc) but I do think it's a bad use of time for MPs when in Westminster and, more importantly, we shouldn’t be excluding Members who can speak but not vote.

"We have a tried and tested online voting system which must not be used a day longer than it need be but, for now, it can help our effort. And if we can find a way to vote quickly in person again - and allow those small numbers staying remote - to vote online we should.

"Everyone here is trying to navigate a difficult situation and I have no time for those seeking to use this issue as stick to beat the Government with politically. I am only interested in doing my job for my constituents as efficiently and safely as possible."

Pictured; Steve Brine in the House of Commons.