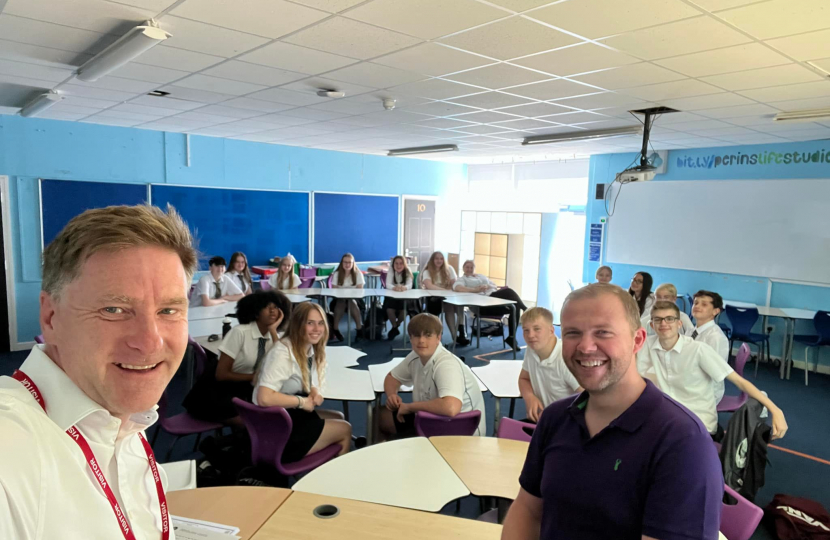 A class of year 10s at Perins School received a special visit from their local MP, Steve Brine MP, before he travelled up to Westminster for anther busy week.

Steve Brine dropped into the Alresford School to visit a group of citizenship students to follow-up on their recent visit to the Houses of Parliament. The class is led by Bryden Joy, who just last week was honoured in Parliament with the ACT GCSE Teacher of the Year award. The MP hosted a short Q&A on all things Parliament and politics.

Speaking after his visit Steve said; "After Mr Joy's visit to my workplace last week, I thought it was only fair to return the pleasure and visit his. It was great to see him in action and there is no doubts he is deserving of his award."

"After spending some time with his class I know that students at Perins School will be missing out following his departure at the end of the academic year."