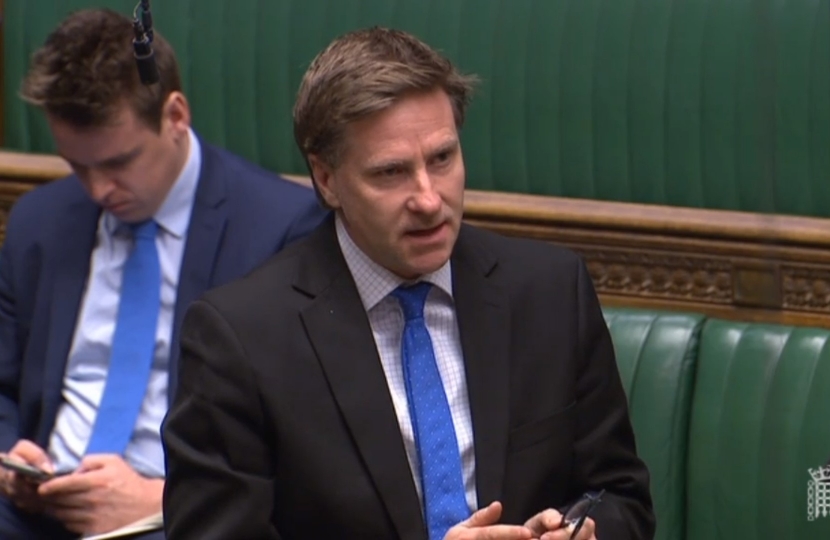 Local MP Steve Brine spoke out against the Government's coronavirus quarantine plan in the House of Commons today.

Ministers have announced all inbound travellers, with the exception of Ireland and the Channel Islands, will be subject to a 14-day quarantine period from Monday 8th June. Home Secretary Pritti Patel MP outlined the plans last month but told MPs today the details including a first review point in the week commencing 28th June.

Mr Brine, a former Public Health Minister himself, responded to the Statement saying many would think the policy was the right move at the wrong time.

"We are told to use our common sense at this time but I fail to see how this quarantine policy was wrong when Europe was at the centre of a worldwide pandemic and right now."

Ministers insist the move is driven by "consistent and clear" scientific advice and say the UK is now more vulnerable to new infections being brought in from abroad.

Steve Brine went onto say; "Hundreds of my constituents rely on Southampton Airport for their livelihood and it was on its knees before Covid so while I appreciate there’s much talk today of “travel corridors” can I ask my Right Hon Friend whether the Government considered “travel gates” to block incoming travellers from certain countries based on the science? Basically, what I am asking for is a a more targeted, risk-based approach to the screening of passengers, as happens with aviation security standards today."

Responding Ms Patel said the Government was bringing in a range of measures, as part of an ongoing dialogue with the travel industry, to innovate and set new standards internationally for passengers.

Pictured; Steve Brine on his feet in the House.

Read the exchanges via Hansard

Watch Steve's contribution via the video above (SBTV)

More on quarantine via GOV.UK