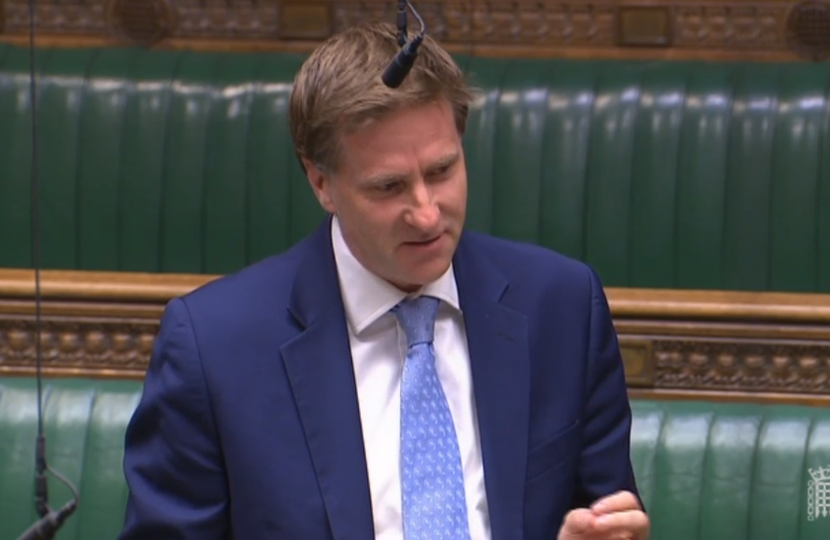 Speaking from the House of Commons after a crunch Brexit vote, Steve Brine MP said;

“This week’s battle in Parliament was always going to come but the basic fact is we live in a parliamentary democracy in this country and no Government, should forget that.

“There has never been a majority in the House for no-deal, nor has there ever been a realistic chance of a radically new deal from Brussels. This has been clear for months, and while I wanted to give him a chance, from my personal as well as private exchanges this week with the Prime Minister. It is why the ‘do or die’ 31st October promise was never realistic and only really meant one thing.

“The unnecessary proroguing of Parliament and the bullying tactics of this week only served to convince me that was the case and it was time to stand up and be counted.

“No-deal, far from allowing us to move on and put Brexit behind us as claimed, would resolve nothing and is only a recipe for further uncertainty and delay while causing significant damage to our economy, businesses that employ my constituents, trade with our largest market, the rights of EU citizens and that’s before we even start to consider the consequences for our United Kingdom. I just cannot support that.

“Despite voting to remain myself, I believe we must leave the EU. I am a democrat and I firmly believe that the result of the referendum should be honoured.

“I voted to trigger Article 50 and on three occasions for the perfectly sensible withdrawal agreement unlike many members of the current Cabinet. If MPs from other parties had put partisan self interest aside the UK would have left the EU on 29th March.

“Representing a divided constituency, in a divided country, is an almost impossible task but you have to find the common threads and my judgement is for consensus around respecting the vote but not for no deal.

“I know some will agree with my decision and others will feel bitterly let down but I have learned in almost a decade doing this job that, in politics, you have little if you don’t have your integrity and do what you think is right. That matters to me.

“I remain a proud one-nation Conservative and fully back so much this Government is doing, things such as the massive increase in school and college funding I have long campaigned for. But we have a major difference of opinion on how we safely leave the EU and I am confident this is one chapter in a long history of my party.

“To say my mind has been in turmoil in recent days and throughout Summer recess would be an understatement but I have always put my constituency and my country above my own self-interest and I will go on doing that as our MP for as long as Winchester and Chandler’s Ford allows me.”

Following his vote, Steve had the Conservative Whip withdrawn and will sit for the time being as an Independent MP in the House of Commons.