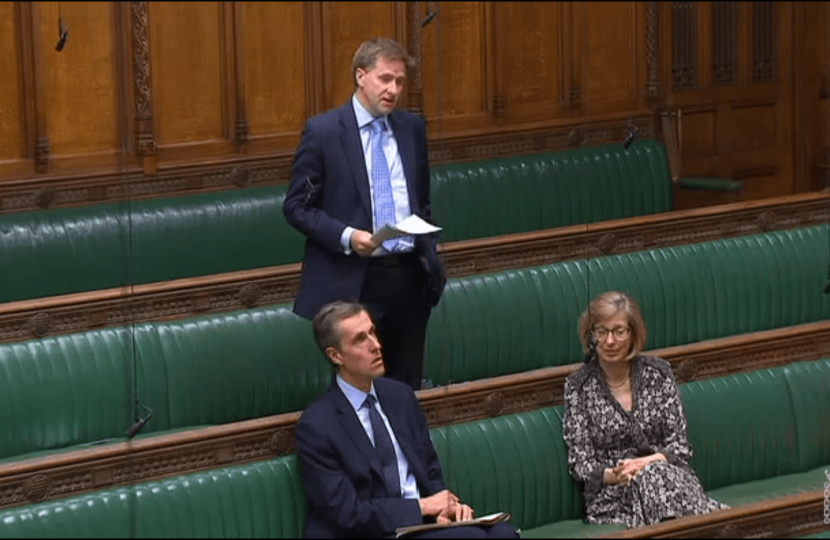 An Urgent Question was put to the Government as senior NHS doctors and staff are no longer taking on extra work because ‘it is not worth their time’.

Steve welcomed the fact that Her Majesty’s Treasury was responding to the Urgent Question, as he said in a Westminster Hall debate on the 26th June that it was ultimately a Treasury issue.

He then referenced the work he undertook as Cancer Minister, in which he ensured the aim of seeing 3 out of 4 of all cancers detected at an early stage by 2028 was included in the NHS Long Term Plan.

He said: “As a former Cancer Minister, I was incredibly proud of the 75% ambition that we as a Government put in place and I doubt there is a Member in this House, Mr Speaker, who doesn’t support that. News from my Trust is that this pension issue is hitting radiology, which is hitting cancer diagnoses. They are cancelling theatre lists because we cannot get anaesthetic cover, as my Honourable friend set out in opening this debate.

“So can I just stress the urgency of this situation to the Minister on the front bench. We need to grip this and we need to grip this fast, because the longer this goes on,  the harder it is going to be to retrieve, the further it falls. Urgency is the key word here.”

Liz Truss MP, Chief Secretary to the Treasury, responded: “I can assure my Honourable friend that I spoke to the Health Secretary earlier today. We are seeking to get the consultation out as soon as possible. The Government has been working on this now for a number of weeks.”

Pictured; Steve on his feet addressing the House