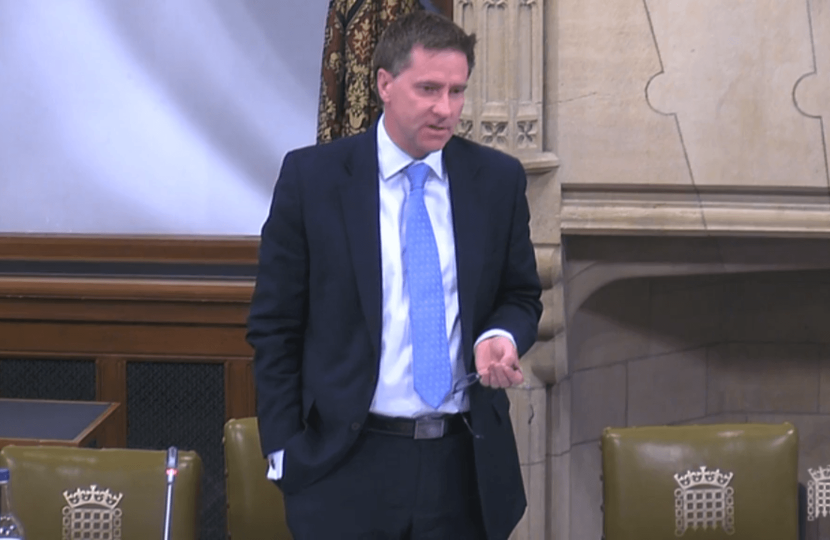 Steve Brine praised the work of a local cycling group in Parliament this week (Tuesday 9th July) and challenged Ministers to work with local councils to transform the number of cyclists in the area.

The Winchester & Chandler’s Ford MP praised the work Cycle Winchester is doing to champion cycling issues in the city and highlighted the fact that spending on cycling infrastructure had trebled since 2010.

The debate, which was opened by MP for Witney, Robert Courts, focused on local walking and cycling infrastructure plans which the Government wants to see in every area as part of its agenda to improve air quality, tackle obesity and drive increased physical activity among all ages. It is an agenda Steve Brine helped develop during his time as Public Health Minister in Theresa May’s administration.

The MP reminded the House of the landmark “Get Britain Cycling” inquiry he led when Vice Chair of the All-Party Cycling Group and its drive to get per-hear spend on cycling up to £10 per person annually and eventually to £20. The report also said local authorities should incorporate cycle routes into all new housing development and, wherever possible, transform existing roads to provide safe cycle ways.

Mr Brine said; “The increase in cycling spend is a real success story for this Government and it should be congratulated for doing so in a time of extremely tight public finances. But we cannot rest on past success and must now drive forward plans in every area, including across Winchester and Chandler’s Ford, to dramatically increase the number of cyclists in a way that is sustainable and forms part of how we get around every day.

“The Winchester Movement study is a very positive step in this direction and it was important to get the commitment to a walking and cycling plan included. That now needs to happen by close cooperation with organisations such as Sustrans, CTC and Cycle Winchester who are developing detailed plans to transform existing roads. For me this must include segregated cycle lanes as much as possible because everyone, especially parents with young children like us, will only feel truly safe when we separate cyclists from cars. The amount of dedicated cycle ways in Winchester right now is frankly embarrassing; blink and you’ll easily miss them.

“I think there are hundreds of my constituents who would dearly love to cycle more, from places like Kings Worthy or any of the villages for that matter, into town or across the Alresford but they don’t feel they can do that with confidence right now with cars thundering close past them.”

He challenged the Government to see councils, like Winchester and Eastleigh who’ve recently declared a climate emergency, to follow up words with action and said robust plans to increase cycling would be a good place to start.

Mr Brine said other issues that need to be addressed in order to transform the number of cyclists in our area included better awareness among drivers and a shared understanding of each other. He also raised the need for any future plans to consider horse riders who face many similar issues when out on our roads.

Winchester & Chandler's Ford MP Steve Brine is a keen cyclist and became Vice Chair of the All Party Parliamentary Group for Cycling shortly after joining Parliament in 2010.