Steve Brine MP on return of the whip 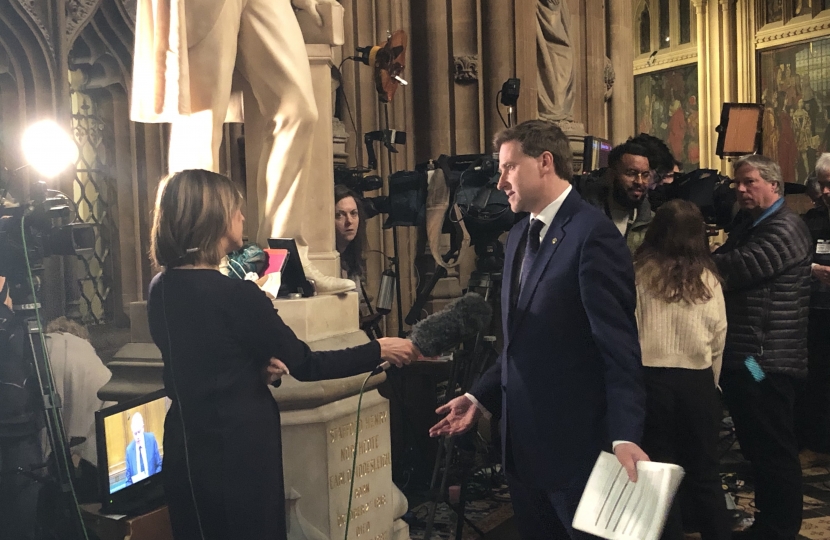 Winchester & Chandler's Ford MP Steve Brine is a Conservative MP again after the restoration of the Conservative Whip in Parliament.

It was suspended in early September after the MP voted against the Government to block a no-deal exit from the EU on 31st October.

Speaking the Hampshire Chronicle today, Steve said; “I have always done what I think is right, in the best interests of my constituency and our country without fear or favour.

“Some will agree, some will not but being an experienced MP is always about using your judgement and showing independence of mind. It’s been a difficult few months but I was very pleased to have the whip restored which shows the Conservative Party remains the broad church it must always be.”