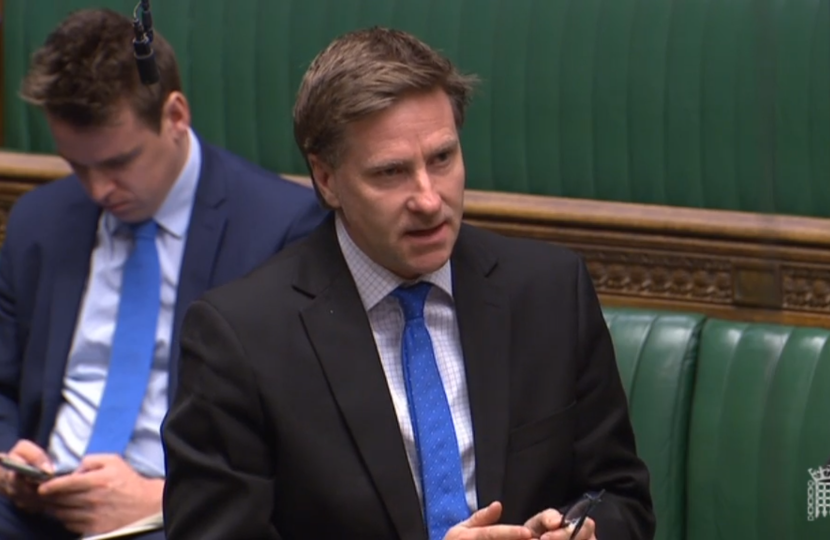 Mr Brine spoke repeatedly in Parliament before the Easter recess and has been lobbying Ministers after being contacted by a large number of constituents since the crisis hit. He points out that, while the Self Employment Support Scheme answers many of the questions posed by Covid, it contains some “significant gaps” which he says need “urgent attention”.

He says; “Generally I am pleased with the package which, for some 90% of self-employed people, is a genuine lifeline and actually more so than the Coronavirus Job Retention Scheme (for those on PAYE) because they can make a claim and carry on working so long as they follow clear social distancing guidelines.

“But there are issues with the £50,000 limit on the scheme which is not fair and fails to recognise widespread geographical differences. For many sole traders living and supporting a family in my constituency, “trading profits” of more than £50,000 do not make you rich. Furthermore, because HMRC will use the average profits from tax returns in the past three years to calculate the size of the grant, it rules out those who are new to self-employment.

“The other major problem lies in the fact the scheme is only open to those where the majority of their income comes from self-employment. The Government have failed to recognise the difference between ‘sole traders’ and self-employed workers who run small limited companies and, consequently, earn in a different way such as through dividends. There are significant gaps in the scheme which as a result does not deliver the parity we demanded.”

The experienced MP is liaising with other MPs and lobbying organisations such as IPSE (The Association of Independent Professionals and the Self-Employed) and BECTU (the trade union working with those working in the creative industries) to highlight the problems and provide possible solutions for Ministers to consider.

He adds; “The Chancellor has done amazingly and Whitehall has moved at lightning speed but the self-employed package needs urgent attention because, right now, too many people are being left out. It doesn’t have to be perfect and HMRC is more than capable of clawing back inappropriate payments if that does happen. We just need to get help now to those left with almost no income whatsoever and that’s my focus.”